Hundreds of people including large number of women from the Muslim community blocked the bypass road connecting GB hospital and Khayerpur. 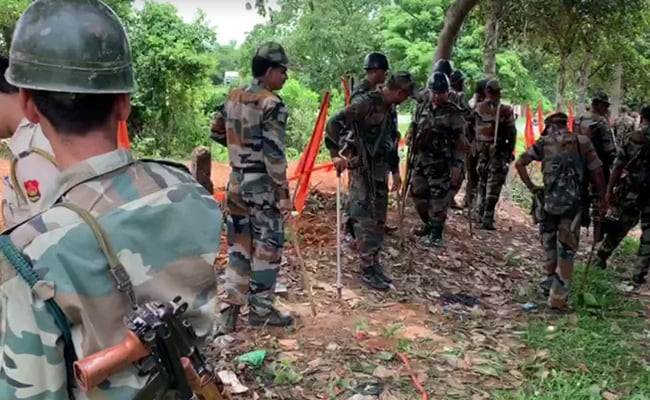 Protestors demanded immediate clearing of the graveyard by the state government.

Prohibitory orders were imposed in parts of Tripura's capital Agartala on Tuesday after a row erupted when a group of people from the Muslim community alleged that a Shiv temple was erected at a burial ground at Palpara, close to Nandannagar Thanda Kalibari area.

Hundreds of people including large number of women from the Muslim community blocked the bypass road connecting GB hospital and Khayerpur in protest against the alleged capture of their graveyard  where on Monday a Shiv temple was allegedly erected overnight by the Hindu Yuva Bahani.

The protestors demanded immediate clearing of the graveyard by the state government.

The protestors said that the burial ground has been on the location for a long time and alleged that a certain section is trying to disturb the communal harmony between Muslims and Hindus who have been peacefully residing in the area for decades.

In 2019, the Muslim community had written to the SDM and to Minority Welfare Minister Ratanlal Nath to take immediate steps toward demarcation of the burial land so that they can raise a boundary and avoid any dispute in future but there has been no progress in that regard.

Subdivisional Magistrate Ashim Saha imposed prohibitory orders to maintain law and order at Nandanagar near Thanda Kalibari where tensions were running high. No gathering of five or more people is allowed within 200m of the area.

This is the third such incident in an around Agartala in the last four and a half years.

The first incident took place in bordering south Joynagar where a part of the existing Kabarstan was allegedly captured and a Shiv temple was set up.

The second incident took place in south Ramnagar where minority people were allegedly not allowed to bury bodies in a graveyard.