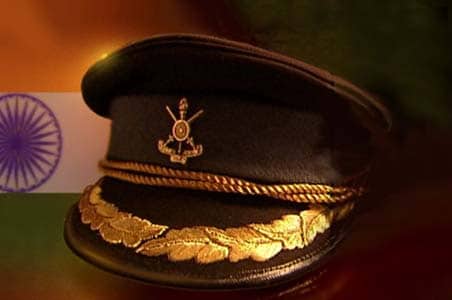 New Delhi: The Army has responded for the first time to the NDTV report of a major land scam in Sukhna near Chandigarh involving several senior Army officers, some of them of the rank of Lieutenant General.

Without commenting on the report, the Army has chosen instead to issue a statement asking the media not to prejudge the case.

The statement says: "Court of inquiry is not over. Speculation about officers amounts to character assassination."

Earlier, the Minister of State for Defence, Pallam Raju, reacted to reports that several senior Army officers were involved in a land scam, which is emerging as one of the biggest scandals in recent times in the Army.

The Defence Ministry, which is looking closely at the situation, has directed the army to take action wherever required.

The biggest offender in the scam is Lt Gen Avadesh Prakash, the Military Secretary, one of the eight Principal Staff Officers at Army Headquarters.

Being posted at the Headquarters, he had no jurisdiction over Siliguri. The court of inquiry says he took undue interest in the building project. He even had older links with the businessman involved, Dilip Agarwal. Agarwal allegedly promised Gen Prakash a job after his retirement next February. Notably, the general did not counter witnesses.

Promoted
Listen to the latest songs, only on JioSaavn.com
Prakash then pressurised the then commander of the 33 Corps, Lt Gen PK Rath, to clear the 70-acre land deal. Rath has confessed to having taken the decision at Gen Prakash's behest. It is alleged that Prakash, who was in-charge of promotions at the Headquarters, promised Rath a plum posting there.

The last, notable to be held guilty, is Lt Gen Ramesh Halgali. At the time of the scam, he was a major general and deputy to Rath. He's been found guilty on administrative grounds, largely accused of not giving correct advice to his boss.
Comments