The former Bihar chief minister has already acquired bail in three cases of over Rs 900 crore fodder scam and was expecting a favourable decision in the Dumka treasury case for release from jail. 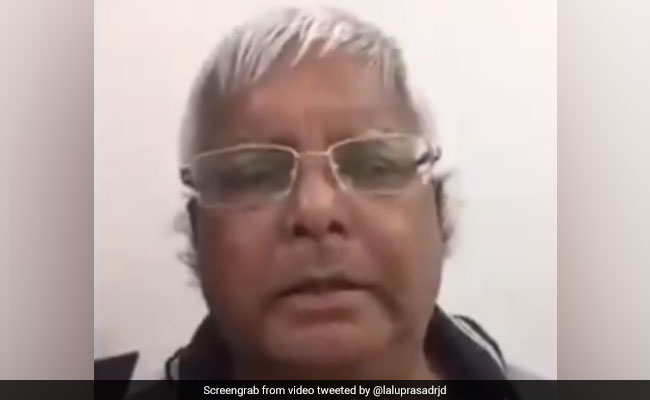 The hearing in the bail petition of jailed RJD president Lalu Prasad in Dumka treasury case of the fodder scam was deferred to February 5 by the Jharkhand High Court on Friday.

As soon as the matter came up for hearing, Justice Aparesh Kumar Singh said since the documents submitted on behalf of Prasad did not reach him on time, so the matter will be heard next week.

The court said if the CBI has anything to say on the issue, it can do so during this period.

CBI counsel Rajiv Sinha said he was ready for argument on the matter, but Prasad''s lawyerKapil Sibal saidsince all the relevant papers are not with the court at the momemt there was no point holding argument, following which the court posted the matter for next hearingon February 5.

The Dumka treasury embezzlement case is an offshoot of the multi-crore rupees fodder scam.

The former Bihar chief minister has already acquired bail in three cases of over Rs 900 crore fodder scam and was expecting a favourable decision in the Dumka treasury case for release from jail.

On January 25, a report was submitted to the High Court on behalf of Prasad giving details that he has already completed more than half of the jail term awarded by a CBI court in the case and made a request for early hearing in the Dumka treasury matter.

The court accepted the plea and fixed January 29 for hearing.

The septuagenarian leader was air-lifted to the Delhi AIIMS last week following reports of deterioration in his health.