The details emerged as an Indian Major General and his Chinese counterpart met for the second consecutive day near Patrol Point 14 in the Galwan Valley, where the clash took place. 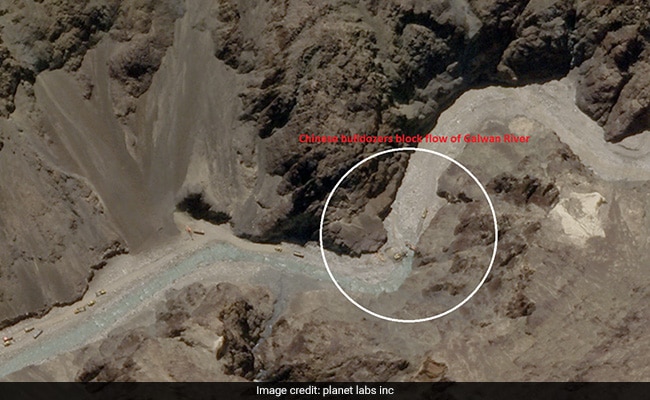 High resolution satellite images procured by NDTV indicate Chinese efforts to block or disturb the flow of the Galwan river in Northeast Ladakh, less than a kilometer from the site of the deadly clash between Indian and Chinese soldiers on June 15 in which 20 Indian officers and men were killed.

The details emerged as an Indian Major General and his Chinese counterpart met for the second consecutive day near Patrol Point 14 in the Galwan Valley, where the clash took place. The talks on Wednesday were inconclusive with the Chinese side showing no sides of disengaging from the area.

Indian soldiers were assaulted with iron rods, nail-studded clubs and rocks wrapped in barbed wire in the fight near Patrol Point 14, a vantage point in Indian territory that overlooks Chinese positions on their side of the Line of Actual Control (LAC) or the de-facto border between India and China. There were a significant number of casualties on the Chinese side. Though Beijing has given no official figure, army sources say at least 45 Chinese soldiers were killed or injured.

The images acquired by NDTV clearly show Chinese bulldozers in operation on their side of the LAC. The flow of the river perceptibly changes at the spot where the bulldozers are seen - from flowing blue waters to a small, muddy stream which becomes imperceptible when it crosses over to the Indian side of the LAC a short distance away. 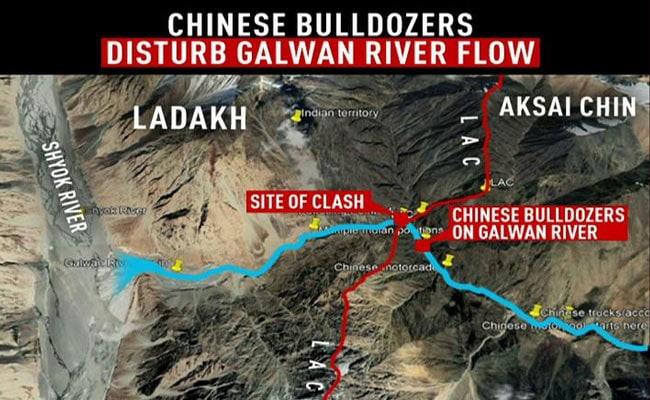 Indian Army trucks deployed in the Galwan Valley within two kilometres of the LAC can be seen parked in a mostly dry Galwan river bed. These images are not included in this report for security reasons.

NDTV has reached out to the Chinese Embassy for comment on this matter and will update this report if there is a reaction. Senior officers in the Indian Army have told NDTV that the river continues to flow within the Galwan Valley for the moment.

The images also indicate the depth of both the Indian and Chinese build-up in the region.

While NDTV is not showcasing the extent of the substantial Indian Army build up in the contested region, the images clearly show more than a hundred Chinese vehicles including trucks, military transports and bulldozers along the banks of the Galwan river on their side of the LAC. The Chinese motorcade stretches more than 5 kilometres. 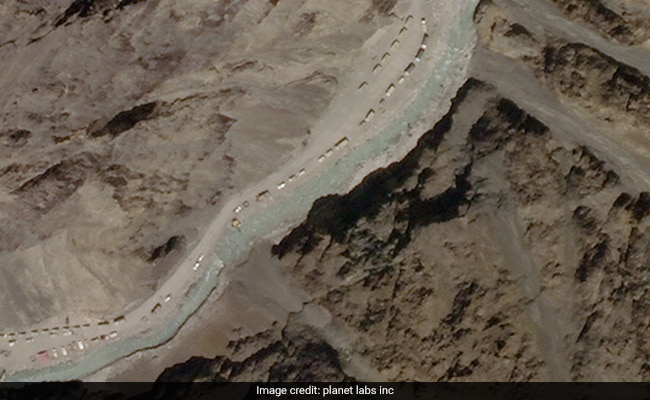 It is believed that Chinese soldiers from these positions surged to the Line of Control on the evening of June 15 where both sides fought pitched battles. Reports suggest that some Indian soldiers were thrown off the cliffs in the area and either fell to their death or were exposed to the extreme cold weather. Reports have also suggested that some soldiers fell into the waters of the Galwan, though, as these images indicate, the river was barely flowing as it crosses the Line of Actual Control. The Indian Army could evacuate its soldiers only during the day of June 16 with the clashes ending only by midnight of June 15-16. Sources have told NDTV that hundreds of Chinese and Indian soldiers were involved in the clashes though there is no official account of the numbers. The clashes, in which an Indian Colonel was killed in action, are thought to be the most brutal clashes Indian and Chinese soldiers have ever been involved in. 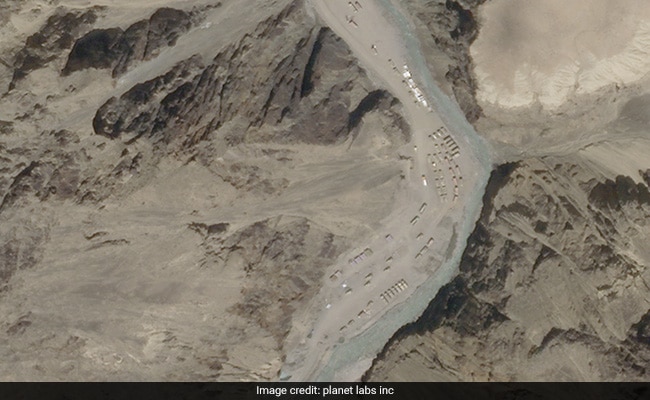 Some Indian soldiers are still recovering at a hospital in Ladakh but more information on this is not being disclosed until the army declares that it is safe to do so.