Published annually by Reporters Without Borders (RWB), the World Press Freedom Index measures the level of media freedom in 180 countries. 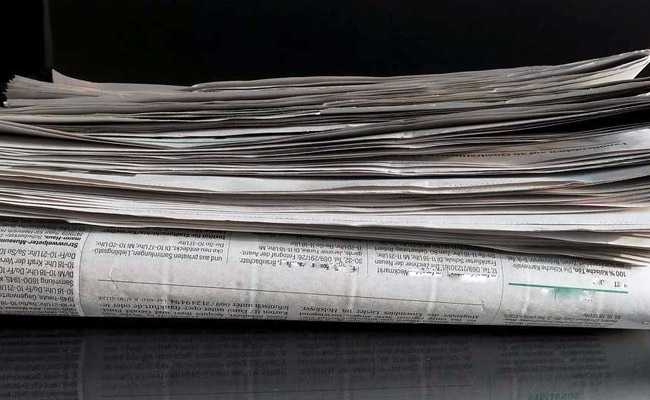 New Delhi: The Press Council of India has rubbished the recently released Press Freedom Index, in which India slipped two places to rank 138th among 180 countries, saying there was a "lack of clarity" on the inputs that weighed in the rankings which were based on "opinion or perception".

Published annually by Reporters Without Borders (RWB), the World Press Freedom Index measures the level of media freedom in 180 countries.

The parameters that are evaluated include the level of pluralism, media independence, environment and self-censorship, legal framework, transparency, and the quality of the infrastructure that supports the production of news and information.

According to the RWB's annual report released on April 25, India dropped down two places -- from 136 last year to 138.

"We reject the rankings by the RWB. I am of the opinion that undue importance is given to the rankings. There is no clarity on the inputs that weighed in the ranking of a country," PCI Chairman Justice (retd) C K Prasad told PTI.

The RWB report blamed physical violence against journalists like Gauri Lankesh, who was shot dead outside her house in Bengaluru in September 2017, as the key reason behind India's low ranking.

The report warned that hate crime was another issue plaguing India.

Prasad said the PCI had written to the RWB a number of times since 2015 to understand how the index was prepared, but hadn't received any reply.

He said the rankings were "reportedly" based partly on a questionnaire sent to the partner organisation of the RWF, its correspondents around the world, and journalists, researchers, jurists and human right activists.

Prasad said the PCI had earlier communicated to the RWB that the rankings were not based on statistical data, but "based on opinion or perception of an individual or group of individuals".

In a letter, dated September 22, 2015, to the RWB, the PCI had said that after going through the Word Press Index 2014, it was noticed that the rankings were prepared on the basis of various parameters, including media pluralism and independence, safety and freedom of journalists, legislative institutional and infrastructural environment in which media operates.

"In order to understand the gravity of the matter, the chairman of the Council desires to know the inputs which weighed in ranking of the country in the index so that remedial steps, if needed, can be taken to smoothen the functioning of the media," the letter said.

"The chairman is further of the opinion that a structured discussion on the issue with your (RWF) representative and the members of the Council would be helpful in achieving the objective," it read.

Letters were also sent to the RWB in October and December in 2015, seeking their response to the PCI's queries.

The PCI again wrote a letter to the RWB in early 2016, saying the council was of the opinion that the World Freedom Index rankings "could either be on the basis of statistical data or perception of an individual or group of individuals".

"If the ranking is on the basis of statistical data, the council requests you to share it with us, so as to enable us to take remedial measures as it deems proper.

Promoted
Listen to the latest songs, only on JioSaavn.com
"The council is constrained to communicate that if no data is shared, it shall have to come to the conclusion that India's ranking in World Freedom Index is based on perception and is not supported by any verifiable data," the letter read.

In March 2016, the PCI also gave a detailed response to the articles published by the RWB in 2014 and 2015 regarding incidents which could reflect the status of freedom of press in India and could have bearing on the Index.
Comments
Press Council Of IndiaWorld Press Freedom IndexGauri Lankesh