Kumar Mangalam Birla had made a stunning offer to hand over his stake in Vodafone Idea to the government or "any other entity that the government may consider worthy to keep the company operational", in a letter. 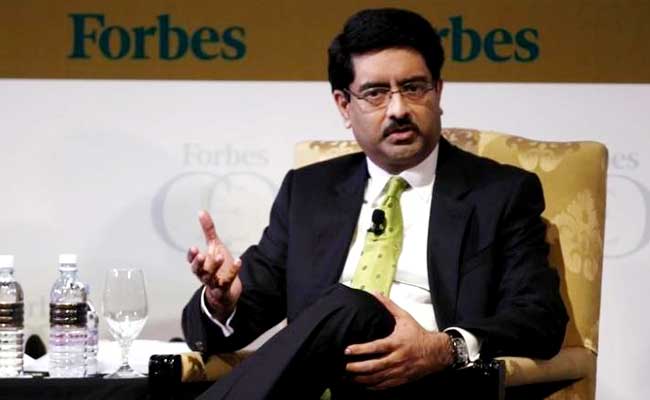 Kumar Mangalam Birla's request to step down as Non-Executive Director and Non-Executive Chairman of the Vodafone Idea board was accepted today by the company's board of directors.

Kumar Mangalam Birla had made a stunning offer to hand over his stake in the debt-hit Vodafone Idea to the government or "any other entity that the government may consider worthy to keep the company operational", in a letter that had surfaced on Monday.

"It is with a sense of duty towards the 27 crore Indians connected by VIL, I am more than willing to hand over my stake in the company to any entity- public sector/government /domestic financial entity or any other that the government may consider worthy of keeping the company as a going concern," the Aditya Birla group Chairman had said in the letter written on July 7.

Vodafone Idea shares nosedived more than 17 percent in a strong market to touch 52-week lows after the billionaire's letter was revealed. the shares of Vodafone Idea plunged over 10 percent on Tuesday. Today its market cap sank to Rs 17,327 crore, down from Rs 24,000 crore, after stocks closed 18.5 percent down.

In the letter addressed to Cabinet Secretary Rajiv Gauba, Kumar Mangalam Birla had offered to give up his 27 percent stake and had warned of a "looming crisis".

He wrote that investors were not willing to invest in the company in the absence of clarity on AGR liability, an adequate moratorium on spectrum payments and most importantly floor pricing regime above the cost of service.

Without immediate active support from the government on the three issues by July, the financial situation of Vodafone Idea would come to an "irretrievable point of collapse," Mr Birla had written.

Vodafone Idea owes more than Rs 50,000 crore as outstanding AGR dues or  Adjusted Gross Revenue owed to the government, according to the Department of Telecommunications.

As of March 31, gross debt, excluding lease liabilities and AGR dues, is Rs 1,80,310 crore. This includes Rs 96,270 crore in deferred spectrum payment obligations and Rs 23,080 crore in debt to banks and financial institutions.