Ties between India and Pakistan have plunged to a new low after the terror attack on CRPF troopers in Jammu and Kashmir's Pulwama. 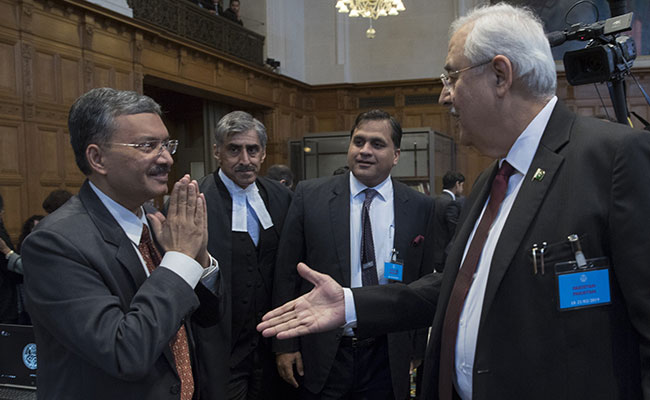 Indian delegation offered just a namaste in response to an offer for a handshake.

Amid heightened tensions with Pakistan over the Pulwama terror attack, members of the Indian delegation at the hearing of the Kulbhushan Jadhav case at the International Court of Justice snubbed their Pakistani counterparts by refusing to shake hands with them.

A curt namaste with folded hands was all that the senior Indian diplomats Deepak Mittal, Joint Secretary heading the Pakistan Division in the External Affairs Ministry, and Venu Rajamoney, India's Ambassador to the Netherlands, offered when Pakistan's Attorney General Anwar Mansoor Khan wanted to shake hands ahead of the hearing at The Hague.

This was the clear reflection of the chill in the Indo-Pak ties in the aftermath the terror attack that claimed the lives of over 40 Central Reserve Police Force (CRPF) personnel in a terror attack in Jammu and Kashmir's Pulwama on Thursday. Pakistan-based Jaish-e-Mohammad has claimed responsibility for the attack and India has said there is "incontrovertible evidence" of Pakistani support to the group.

Forty-eight-year-old former naval officer Kulbhushan Jadhav was sentenced to death by a Pakistani military court on charges of espionage and terrorism on April 11, 2017. India has moved the ICJ, challenging the verdict.