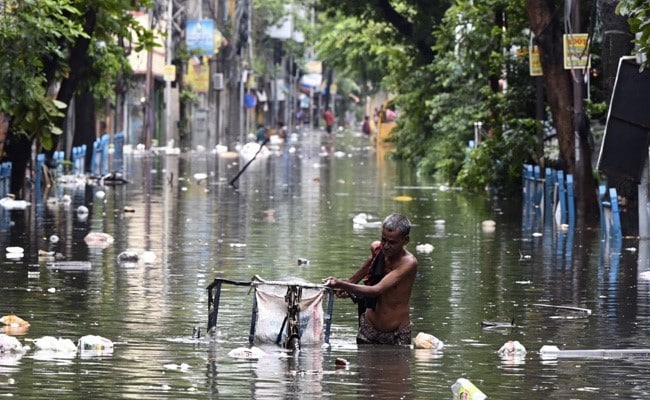 People in Kolkata woke up to roads and streets overflowing with water today after heavy overnight rain left large parts of the city, especially the low-lying areas, inundated.

The rain was caused by a low-pressure system over Bangladesh and West Bengal, the India Meteorological Department (IMD) said.

Kolkata received 7 per cent more rainfall than usual this month. 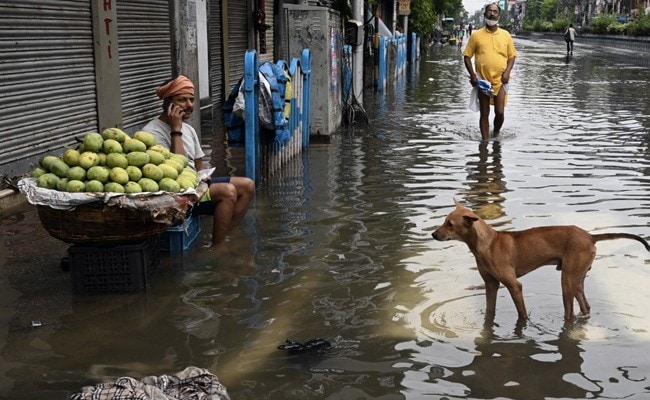 A fruit vendor wait for customers along a waterlogged road after rain in Kolkata.

Other parts of West Bengal have also been seeing heavy downpour for the last few days, resulting in disruption of rail and road transport. 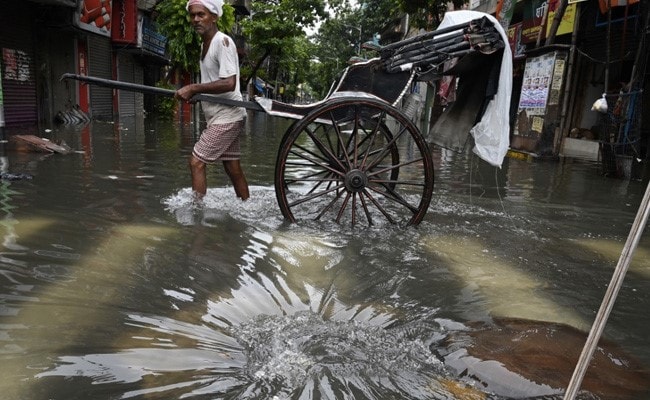 A rickshaw puller walks past floodwaters following rain which lead to waterlogging in Kolkata.

The well-marked low-pressure area is likely to move westwards across Jharkhand and Bihar, the weather office said.

Earlier, it had issued an 'orange alert' for Kolkata, Bankura, Purulia, Purba, Paschim Bardhaman and Hooghly. A 'red alert' has been issued in Howrah, North and South 24 Parganas, Purba and Paschim Medinipur, and Jhargram. 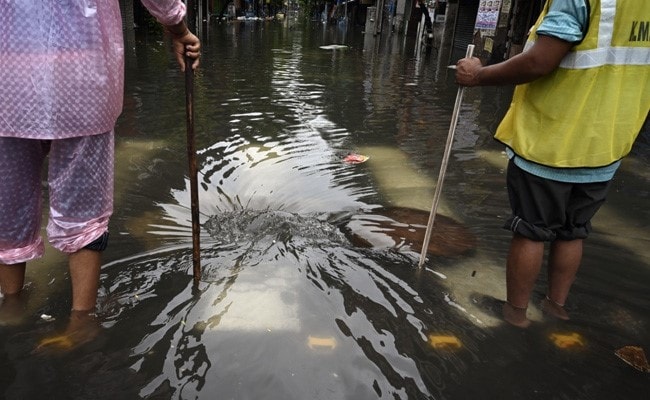 People walk past a whirlpool from an open manhole in floodwaters following rain in Kolkata.

Heavy to very heavy rain will also continue in Hooghly, Bankura, Purulia, Purba, and Paschim Bardhaman till this evening.