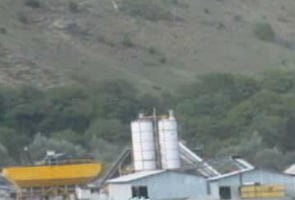 New Delhi: The International Court of Arbitration at the Hague has upheld India's right to divert water from the Rs. 3600-crore Kishenganga Hydro-electric Project (KHEP) in north Kashmir today.

The arbitration court took the decision after Pakistan sought a stay on the project claiming that India was diverting the flow of the river and violating Indus Water Treaty between the two countries.

Reacting to the development, official spokesperson in the Ministry of External Affairs said, "The award of the Court of Arbitration at The Hague today reaffirmed validity of India's position regarding KHEP by allowing diversion of water from the KHEP as envisaged by India."

He said, "It highlights once again that India is adhering to all the provisions of Indus Waters Treaty."

The spokesperson also said the details of the award were being studied.

Pakistan has been objecting to the construction of the 330 megawatt hydroelectric project on the Kishenganga river, which is called Neelum upon entering Pakistan.

In November 2009, Pakistan had proposed the establishment of a Court of Arbitration and the appointment of a neutral expert to resolve the Kishenganga dam dispute.

Indus Waters Treaty, inked between India and Pakistan, provides appointment of a neutral expert by the World Bank as a last option to resolve water related issues between the two countries.

Promoted
Listen to the latest songs, only on JioSaavn.com
The Kishenganga plant, in Bandipora district of north Kashmir, is part of a run-of-the-river hydroelectric scheme that is designed to divert water from the Kishenganga river to a power plant in the Jhelum River basin.