The bogus venture operated like a "chit fund", issuing units of a cryptocurrency in return for investments, the police say. 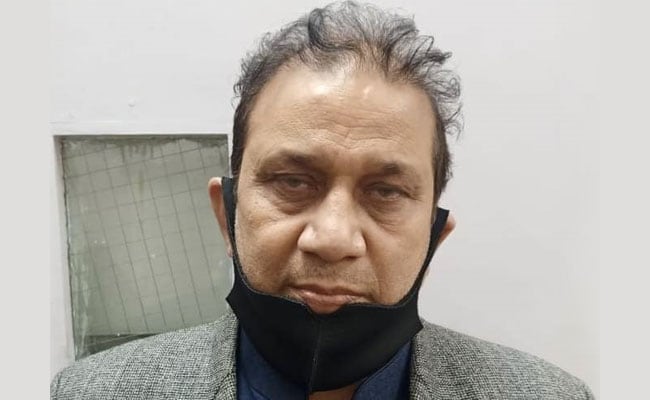 Umesh Verma, 60, was earlier arrested in 2017 in a gold smuggling case.

A 60-year-old person has been arrested in Delhi for allegedly heading a racket that had swindled at least Rs2.5 crore from some 45 people under the garb of being a cryptocurrency promoter. He was held by the Economic Offences Wing of Delhi police on arrival from Dubai where he had fled to in 2018, setting up a new business altogether, after having defrauded people in India.

Umesh Verma, a former jeweller and greeting card-maker, was arrested on Thursday from the Indira Gandhi International Airport based on a case of cheating and misappropriation of funds filed on September 18 this year, the police said. He was arrested earlier in December 17, too, by the Directorate of Revenue Intelligence in a gold smuggling case.

In the cryptocurrency-related case, the police allege, Verma, along with his son Bharat Verma and others, had induced hundreds into investing in a scheme operating under the name of Pluto Exchange, promising monthly fixed returns of between 20 and 30 per cent.

Their venture, launched in November 2017 along with the business's office in the capital's upmarket Connaught Place locality, operated like a "chit fund", the police said. It allegedly issued units of a cryptocurrency called Coin Zarus in return for investments, assuring investors that the value of these units would increase manifold.

However, soon after, the returns dried up and post-dated cheques issued by Verma's firm began to be dishonoured. Verma went under the radar shortly after and kept changing his residential address, ultimately ending up in Dubai where he went on to launch an essential commodities business.

A complaint was filed against him by one Joginder Sharma and others, based on which Verma, the sole proprietor of Pluto Exchange, was arrested. The accused in now on police remand for three days, according to a statement by OP Mishra, the Joint Commissioner of Delhi Police's Economic Offences Wing.

Bodies Of Rajasthan Gangster, Man Killed In Shooting Handed Over To Family