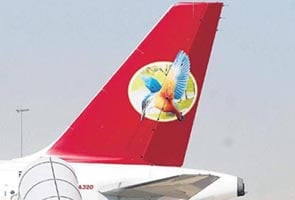 Lucknow: A passenger of a Kingfisher Lucknow-Delhi flight opened the emergency exit door of the aircraft just before it was to take off from here last night, delaying its departure by nearly two hours.

The man, who was not identified, was de-planed and handed over by the Kingfisher staff to the authorities soon after he opened the latch on the emergency door, alerting the pilots and the crew through the electronic warning systems inside the cockpit, airport sources said. The man has been detained.

"The emergency door was opened when some passenger inadvertently pressed a button," an airport official said.

Boarding of passengers was in progress at the time of the incident, when the ATR turboprop aircraft was in a stationary condition.

An airline spokesperson said when the passengers were being boarded on flight IT-4660, scheduled for 2240 hours, a passenger on board opened one of the emergency doors.

Promoted
Listen to the latest songs, only on JioSaavn.com
The aircraft was stationary at the time of the incident, he said, adding that the passenger was "de-planed and handed over to the authorities".

After a thorough examination, the aircraft was cleared for departure and it finally took off for Delhi at 0030 hours with 62 passengers and four crew members.