Sabarimala Temple Opens: Authorities urged Sabarimala devotees to take necessary precautions in the wake of the opening of two shutters of the Pamba dam. 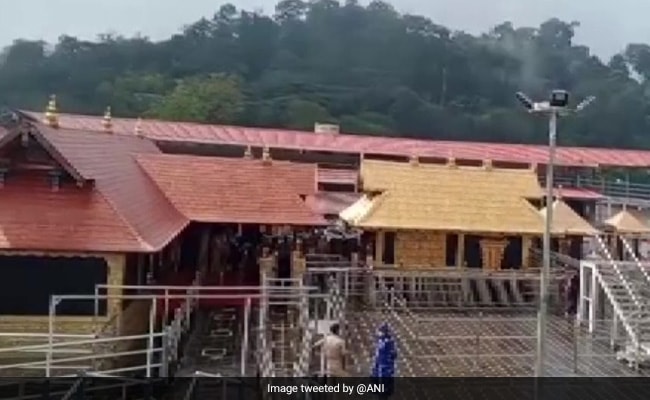 Kerala Rain: Devotees visited the Sabarimala Temple after the restrictions were lifted. (File)

Devotees on the Sabarimala pilgrimage have been permitted to offer prayers at the shrine in Kerala's Pathanamthitta in a phased manner after the temporary ban was lifted yesterday morning.

On Friday, authorities had issued a prohibition order on the pilgrimage following heavy rains in the district but the ban was rescinded after the weather cleared up in areas around the Sabarimala temple.

Authorities, however, urged Sabarimala devotees to take necessary precautions in the wake of the opening of two shutters of the Pamba dam. The released water is expected to reach the "Pamba Triveni' which is part of the Sabarimala pilgrimage after six hours.

The water level in the river Pamba and related dams would be monitored in regular intervals and the permission for the shrine would be based on that, authorities said.

Hundreds of devotees have been trekking the hills to offer prayers at the Ayyappa temple since it opened on November 16 for the two-month-long annual Mandalam-Makaravilakku pilgrimage season.

The devotees are being allowed through a virtual queue system as part of efforts to regulate the flow of pilgrims amid the Covid pandemic. The same system was also followed last year.

The weather office has issued heavy rainfall and thunderstorm warning for parts of Kerala for Monday and Tuesday. Isolated rainfall alert has also been sounded for Wayanad, Idukki, Palakkad, Malappuram and Pathanamthitta where the shrine is located.