Bollywood Stands With Kerala, Stars Tweet "Let's Do Whatever We Can"

Celebrities, sports persons help out with collection of relief funds for flood-ravaged Kerala 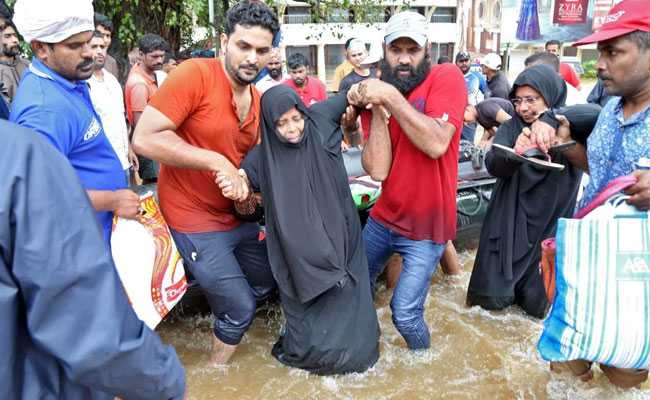 Kerala is facing the worst floods since 1924. Bollywood urges fans to contribute for relief

Bollywood actors have donated crores for relief funds in Kerala, struck by the deadly deluge. Not only the stars, their fan clubs have pitched in to garner as much support as possible so that people donate generously for the lakhs who are at relief camps.

Actors have taken to social media to spread the message. Amitabh Bachchan has expressed concern over the "frightening" situation in the state, where 164 people have died since August 8 and several are missing. Mr Bachchan appealed to people to contribute towards relief fund for the state.

T 2904 - The devastation caused by incessant rain in Kerala is frightening !
Hundreds and thousands of our sisters and brothers are in deep anguish ! We must do all we can to contribute as much as we can towards the needs of the people of Kerala ..
I have .. you must too

Actor Hrithik Roshan wrote, "The situation in Kerala is critical. Help is required. Please let's come forward and do whatever we can. Our friends in Kerala need us right now. I have contributed a sum and I request you all to do whatever you can".

The situation in Kerala is critical. Help is required.
Please let's come forward and do whatever we can. Our friends in Kerela need us right now. I have contributed a sum and I request you all to do whatever you can. God bless #KerelaFloodReliefpic.twitter.com/lllier4SDE

Oscar winner Resul Pookutty, who is from Kerala is personally part of the massive relief operations. He has thanked the stars who have donated and tweeted, urging people to come forward and help.

Benevolence and kindness in this grave hour of need has no word for thanking, but for sincere gratitude, love and affection. @SrBachchan and @juniorbachchan the people of Kerala consider you one of their own, and your hand of help is deeply appreciated.Respect

Generosity is pouring in- this time from the little darling of Bollywood my dearest @aliaa08 Thank you so much ! Humbled by your gesture.

Thank you my dear @vidya_balan and #Sid for being such a great sport and generous! You are our own blood from Palghat, we are indebted to your generosity!Love and hugs from Gods Own Country Bollywood #istandwithkerela

Thank you so much @iamsrk me personally and the people of kerala are indebted to you for your generosity and quick action...respect

And in a huge show of solidarity, Kolkata's soccer giant East Bengal raised funds from the spectators after their Calcutta Football League match against Aryan Club on Saturday night. Striker Joby Justin, who is from Kerala, was at the fore front with a banner, which read ''Save Kerala, save humanity'' and went around the entire ground to collect funds, after the game which they won 3-0.

"I will remember this for my entire life. When I will become a former footballer and sitting in Kerala, this is a story I will tell my grandchildren," said Justin.

The Centre has set up over 3,750 medical camps in Kerala to prevent the breakout of diseases. "While no outbreak of any communicable disease has been reported, health experts say that once the floodwaters start to recede, the environment will become conducive for epidemic diseases," a health ,ministry statement said.

After an appeal from the Kerala government, the "first batch of 90 types of medicines in requested quantity" will reach the state on Monday said the ministry.