Joyce George was referring to Rahul Gandhi's recent interaction with college students in Ernakulam during which he demonstrated an Aikido principle. 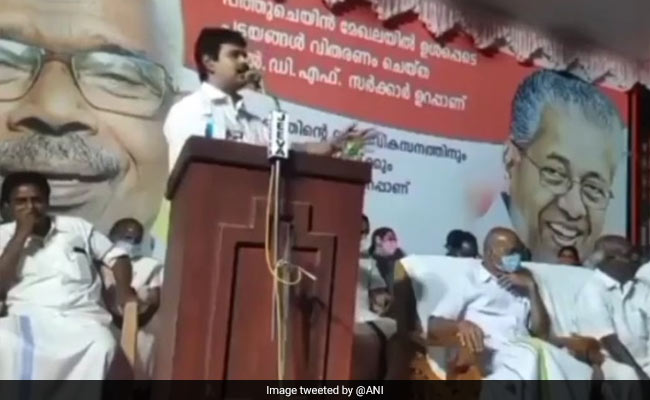 The Congress in Kerala has hit out at the ruling CPM following a former Left-backed parliamentarian's "deplorable" comment against Rahul Gandhi during the election campaign yesterday. The remarks came from Joyce George, former independent MP of Idukki, at a rally for the communist candidate and sitting minister MM Mani. Following the outrage, the former MP today public expressed regret for his statements.

"I hereby unconditionally withdraw the inappropriate remarks made by me while addressing an election rally in Irattayar here on Monday. I also express regret over that," Mr George said today at a meeting in Kumaly in Idukki.

A video of Mr George's speech made yesterday has gone viral on social media, evoking sharp reactions. The CPM distanced itself from the comment saying it should not have been made.

"He will go to women's-only college. He will teach girls to bend and turn. My dear children, don't go around bending and turning in front of him. He is unmarried..," Mr George is heard saying in mock warning in the video. He continues with more such statements which are only partly audible. The leaders on stage, including Mr Mani, the state Power Minister who is contesting from the Udumbanchola constituency, can be seen laughing at the first comment.

The former MP was referring to a recent interaction of Mr Gandhi's with students of St Teresa's College, Ernakulam. In response to a question, the Congress leader had demonstrated an Aikido principle -- the Wayanad MP is a practitioner of the Japanese martial art.

"The statement by ex-MP Joyce George is highly deplorable. He has used coloured language against a national leader. CPM is worried because lakhs of people are attending Rahul Gandhi's programmes in Kerala," state Congress chief Ramesh Chennithala said. A case should be registered against the former MP and he should be arrested, he said, according to a PTI report.

"The former MP's statement is not only an insult to women but to Kerala's society as a whole. The CPM must withdraw the anti-women statement and tender an apology," former Chief Minister Oommen Chandy said.

Mr Mani, however, defended Mr George later saying he had not made any anti-women remarks and had only criticised Rahul Gandhi, PTI reported.

The CPM said it does not agree with the statements against Mr Gandhi. Such individual criticism, it said, will only deflect attention from political criticism and such remarks should not be made by anyone.

Kerala Chief Minister Pinarayi Vijayan denounced Mr George saying it was not what his party stood for. "It's not our style to criticise Rahul Gandhi at a personal level. Politically, we will continue to oppose him where needed. But not in any other way," Mr Vijayan said.