In an article, Pinarayi Vijayan said a section of the society is making deliberate attempts to create confusion among people by criticising the state's disease management strategies. 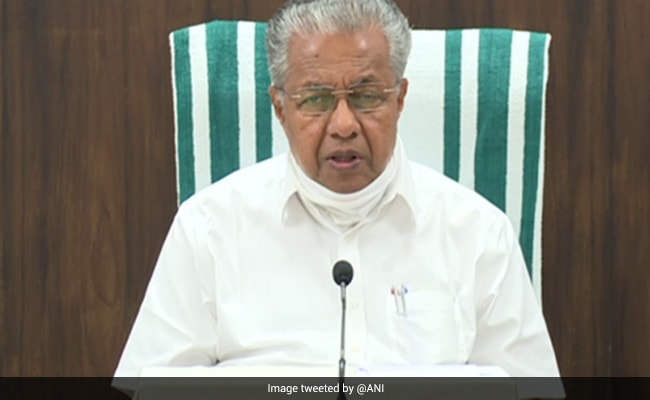 Not a single person died in Kerala due to shortage of oxygen, Pinarayi Vijayan said (File)

At a time when Kerala is facing flak for its allegedly failing to manage the Covid situation amid high test positivity rates and increased daily cases, Chief Minister Pinarayi Vijayan has rejected the criticism, calling it "unwanted" and suspected it as an attempt to undermine people's support in the state's fight against the pandemic.

In an article published in the latest edition of the weekly "Chintha", one of the mouthpiece publications of the ruling CPI(M) in the state, Mr Vijayan said a section of the society is making deliberate attempts to create confusion among people by criticising the state's disease management strategies.

These moves were to trigger public sentiments against the government and create a situation in which where people view the fight against the virus lightly, he alleged.

The Chief Minister's statement assumes significance as the opposition Congress-led UDF and BJP are urging him to end his silence as the daily Covid cases have crossed the 30,000-mark this week.

In the article titled "Badal Nayangale Kooduthal Shakthippeduthum" (Alternate Policies to be Further Strengthened), Mr Vijayan asked if Kerala's Covid management is wrong, then which model should the state adopt.

"In Kerala, not a single person has died due to a dearth of oxygen. No one has been denied access to health services or faced a situation of not getting a hospital bed during emergencies" Mr Vijayan said.

Defending his point that the present criticisms are unwanted, he said all the three seroprevalence surveys conducted in the country had confirmed that Kerala had the lowest incidence of the disease.

Without wasting a single dose of the vaccine, Kerala has showcased a model in inoculation also, he said adding that the Covid mortality rate in the state is less than 0.5%, which is only one-third of the country's total death count.

"Those who criticise the government are not unaware that the second wave of the disease had started a bit late compared to many other places and that the number of people who are at the risk of contracting the disease is high in Kerala," he said.

Apart from all these, they also know that the most effective method of prevention against the pandemic is complete vaccination, and the responsibility of ensuring it rests with the Centre.

"But, they are deliberately creating confusion among people by concealing all these. This is an attempt to undermine the support extended by people for the government's fight against the disease," the Chief Minister added.

Stating that his government does not want to listen to unnecessary criticisms and keep away from its responsibilities, Mr Vijayan also said they were making effective interventions to combat the impending third wave of the disease.

The Kerala government on Thursday faced flak from its political opponents and public health experts for its alleged "carelessness" and "foolish" decisions regarding Covid-19 management, which according to them has led to the rise in cases and the test positivity rate of Kerala which presently accounts for nearly 70% of the national total of daily infections.