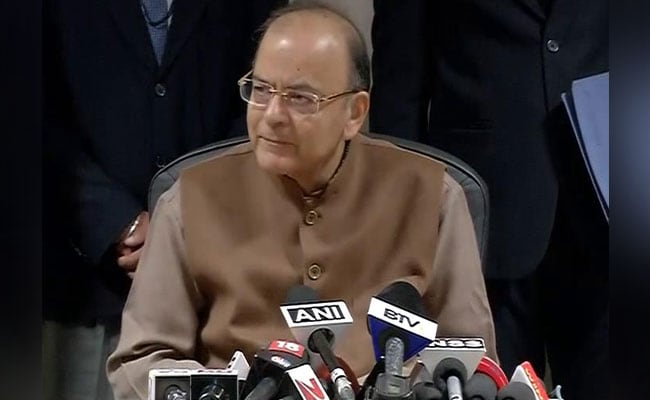 Finance Minister Arun Jaitley said the GST Council will meet on December 11 and 12 for discussions.

New Delhi: For the third time in one month, the GST Council today failed to break deadlock over control of assessees under the new indirect tax regime, an issue that has been holding up supporting bills essential for the GST rollout from April 1 next year.

The Council, headed by Finance Minister Arun Jaitley, will meet again on December 11 and 12 to hammer out the differences on which assessees will be controlled by states and who would be governed by centre, as also approving the draft supporting legislation CGST and SGST.

Besides, the Council will also have to approve a law detailing compensation to states for loss of revenue in the first five years of the rollout and Integrated GST (IGST).

"Are we close to a resolution? I'll keep my fingers crossed," said Mr Jaitley when asked whether the Council would be able to reach a consensus on key issues to enable the country to migrate to the new tax regime from April 1.

"I hope during the next meeting on December 11-12, there is a positive movement as far as laws are concerned. But on the critical issue of cross empowerment, 2-3 suggestions have come," he added.

The Minister, however, added the new regime will have to be put into place latest by September 16, 2017, as it is a constitutional requirement.

Promoted
Listen to the latest songs, only on JioSaavn.com
"We started approving the laws clause by clause and almost 9 chapters of each have been discussed. We are heading towards consensus on these laws. There are two other laws - Compensation and IGST which will be discussed in the next meeting on December 11, 12.  The issue of dual control linked IGST remains unresolved we will discuss this as well in the next meeting," the minister added.

Talking to reporters after the meeting, Kerala Finance Minister Thomas Isaac said: "There is no consensus... we were not able to arrive at a consensus regarding the cross empowerment model. Therefore, the GST laws could not be completed".
Comments
Finance MinisterGST councilGoods and Services TaxArun Jaitley