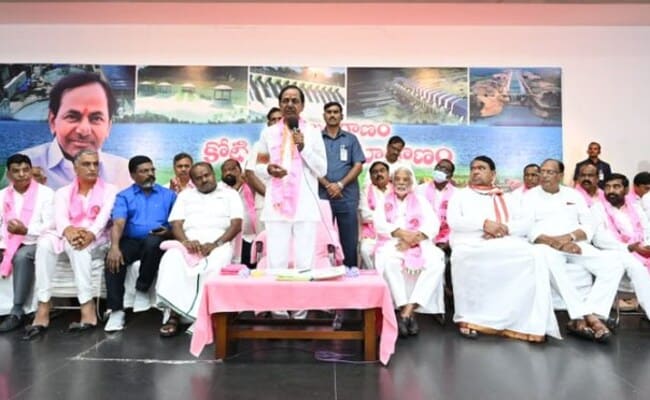 Telangana's KCR has been positioning himself as a national player.

Telangana Chief Minister K Chandrasekhar Rao (KCR) launched his new party today by renaming his Telangana Rashtra Samiti as the "Bharat Rashtra Samithi". For months, KCR has been positioning himself as a national player and touring states to meet anti-BJP leaders.

Here are the Live Updates on KCR's National Party Launch: 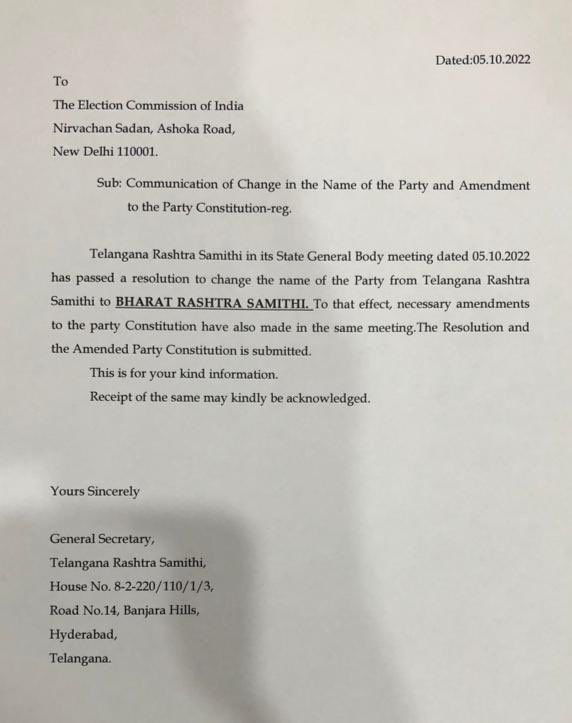 The decision to rechristen TRS to BRS has been taken in the General body meeting. A resolution has been passed by TRS General Body. 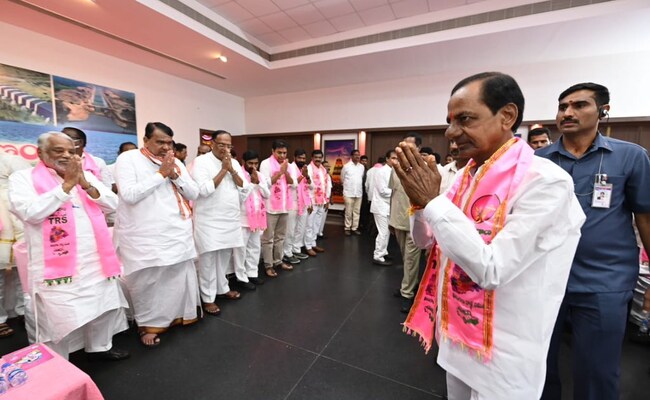 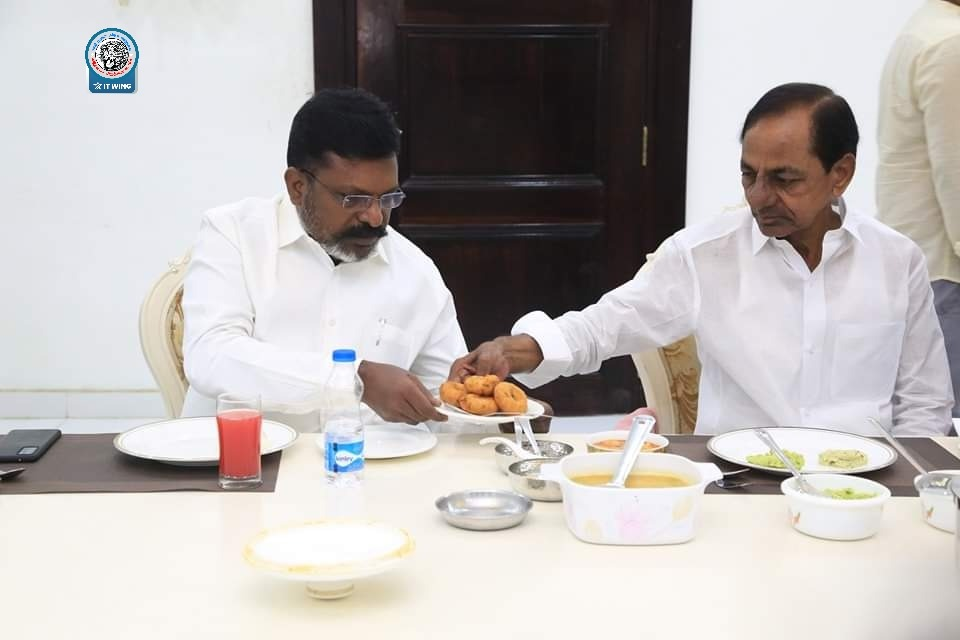 VCK chief Thol Thirumavalavan, an MP from Tamil Nadu and an ally of the DMK, attends the general body meeting of KCR's party.
Oct 05, 2022 11:38 (IST)

Oct 05, 2022 11:24 (IST)
HD Kumaraswamy Meets Telangana's KCR At TRS Meet
JDS leader HD Kumaraswamy meets Telangana's KCR at the general body meeting of the TRS in Hyderabad.
Oct 05, 2022 09:39 (IST)
With New National Party, KCR Now Gearing Up For A Straight Fight With BJP
KCR has been nursing national ambitions since 2018 with a standard attack point that both the BJP and the Congress have failed the country. At various platforms, he had reiterated that "very soon, the formation of a national party and formulation of its policies will take place". He is now gearing up for a straight fight with the BJP.
Oct 05, 2022 09:38 (IST)
1:19 PM Muhurat For KCR's National Party Launch
Telangana Chief Minister and Telangana Rashtra Samiti (TRS) President K Chandrasekhar Rao is set to launch his national party today. The muhurat (auspicious time) has been set for 1:19 pm for the launch of the party, likely to be called Bharatiya Rashtra Samiti.