"Kashmir Belongs To People Of All Beliefs": Mayor On J&K Civilian Killings

Srinagar Mayor Junaid Azim Mattu condemned the targeted civilian killings in Jammu and Kashmir today, and urged all communities to stand together against such attacks. 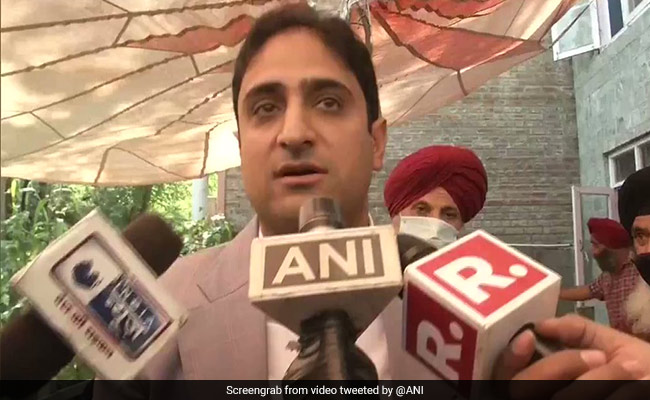 Srinagar Mayor Junaid Mattu told the media that the elements backed by Pakistan are behind this.

Srinagar Mayor Junaid Azim Mattu condemned the civilian killings that took place in Jammu and Kashmir today and appealed to all communities to stand together on this matter.

Talking to media, the mayor said, "The elements backed by Pakistan are behind this. We should all come out on the streets and take a stand as a society that we will not allow this."

"I appeal to all communities to stand together. Kashmir belongs to people of all religious beliefs," he added.

Reacting to the killing of two government teachers by terrorists in the Eidgah area of Srinagar earlier in the day, Jammu and Kashmir senior police official Dilbag Singh said that the civilians are being targeted to create communal tension in the union territory.

"These recent incidents of targeting civilians are to create an atmosphere of fear and communal disharmony here. This is a conspiracy to target the local ethos and values to defame local Kashmiri Muslims," Mr Singh told the media.

"We are investing into the matter. The Jammu and Kashmir police have received some evidence in the previous such incidents," the police official added.

Further probe in this matter is underway.