Boris Johnson's statement came in the backdrop of the two-day trip of 23 members of European Parliament to Jammu and Kashmir to assess the situation. 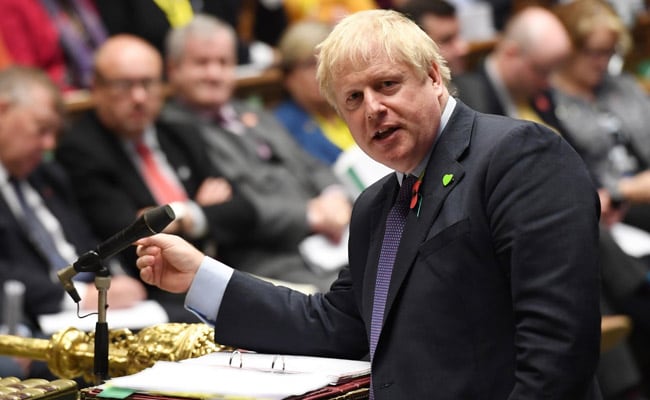 Prime Minister Boris Johnson also made a reference to Britain's colonial history in the region.

British Prime Minister Boris Johnson on Wednesday said in Parliament that the UK's long-standing stance of Kashmir being a bilateral issue between India and Pakistan remains unchanged although the situation in the Valley is of "profound" concern to the country.

Boris Johnson's statement came in the backdrop of the two-day trip of 23 members of European Parliament to Jammu and Kashmir to assess the situation.

The visiting EU parliamentarians on Wednesday termed the dilution of Article 370 an internal issue of India and said they stand by the country in its fight against terrorism.

Prime Minister Johnson -- addressing a question from Conservative Party MP Steve Baker during the last Prime Minister's Questions session before Parliament is dissolved this week ahead of the December 12 general elections -- also made a reference to Britain's colonial history in the region which made it more important for it not to intervene by prescribing any solutions.

"The welfare of communities in Kashmir is of profound concern to the UK government," he told MPs in the House of Commons.

"It is the long-standing position of the UK government that the crisis in Kashmir is fundamentally a matter for India and Pakistan to resolve. And it is not - alas, since we were there at the very beginning - it is not for us as the UK to prescribe a solution in that dispute," Johnson said.

Baker, MP for Wycombe in south-east England with a large Kashmiri-origin population, has been among the vocal British MPs since the Indian government's revocation of the Article 370 provisions withdrawing the special status of Jammu and Kashmir.

He said: "Thousands of British people in Wycombe have family and friends on one or both sides of the Line of Control in Kashmir. With so many serious allegations of human rights abuses being made, does the government accept that this is not merely some foreign policy issue to be dealt with by others, but that it is an issue of the most and profound concern in Wycombe and in towns across the UK?"

Johnson's response follows Foreign Secretary Dominic Raab's statement to the Commons last month when he said that the UK government wanted all allegations of human rights violations in Kashmir since the revocation of Article 370 to be "thoroughly, promptly and transparently" investigated.

India abrogated some provisions of the Article 370 in August, bifurcating the state into two union territories.

The UK has maintained that it supports a bilateral resolution between India and Pakistan as recognised in the UN Security Council resolutions and the Simla Agreement.