Want To Take Him On: Yeddyurappa's Son Says Will Run vs Siddaramaiah Jr 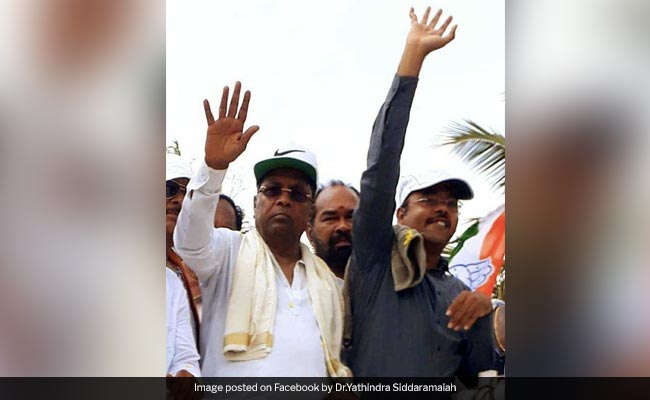 In vying for the top contests of the Karnataka election, the constituency of Varuna in Mysuru is fertile ground.

It's where voters may be asked to choose between the sons of the two main chief ministerial candidates, BS Yeddyurappa of the BJP and Siddaramaiah of the Congress, who currently represents the area's 2.15 lakh voters in the state legislature.

On a morning presided over by an ungentle sun, Dr Yathindra Siddaramaiah, whose father is the incumbent Chief Minister, is campaigning just a few kilometres away from his rival, BY Vijayendra of the BJP. Both men are in their 30s; it is the first election for each. While Dr Yathindra has been named the Congress candidate, the BJP has yet to confirm if BY Vijayendra will run from Varuna - he isn't waiting for an announcement. 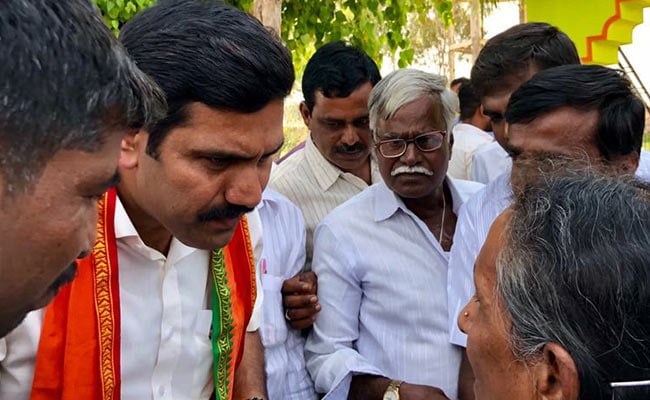 "When Amit Shah-ji came to Mysuru, all the 16-17 BJP aspirants for the Varuna constituency came together and passed a resolution that Vijayendra should stand from here and gave a representation to him. I have decided looking at the party workers demand to contest from here, to work for the BJP in this area," he said.

Mysuru has traditionally been Congress stronghold with Varuna as a superior example of a VIP constituency.

BY Vijayendra, a farmer and businessman, exhibits the charisma of his 75-year-old father who quit as Chief Minister of the BJP's first southern government in 2011 amid charges of unabashed corruption. "I supervise the works in my father's assembly segment of Shikaripura and Varuna is comparatively more backward," he offers as evidence that a fledgling political CV should not be conflated with inexperience. 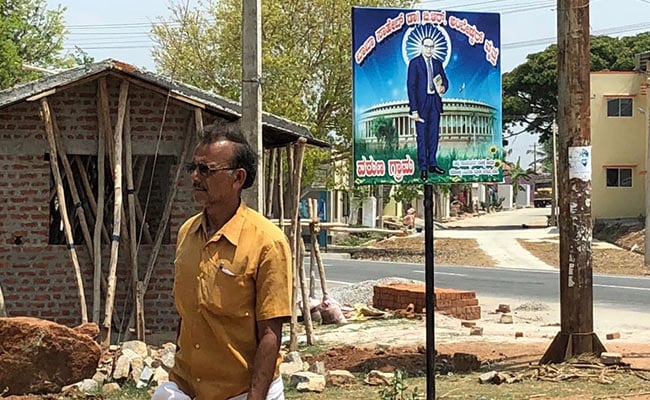 Varuna constituency is set to witness a high profile contest

As he moves in a large SUV, holding neighbourhood meetings and visiting temples, he is under the careful supervision of Mr Yedduyrappa's own trusted aides.

Dr Yathindra, in contrast, operates virtually solo. The pathologist repositioned himself nearly two years ago after the sudden death of his older brother, who was also Mr Siddaramaiah's political heir in 2016. "Varuna is my father's constituency. It was nurtured by my brother, after him I took over the responsibility," he says, acknowledging that the familiarity of voters with his family is a big bonus in a transition era.

His father, who was elected MLA twice from Varuna, has been assigned the next-door constituency of Chamundeshwari, where he is running against GT Deve Gowda of the JD(S) who won the last election from here. Siddaramaiah's relocation leaves his son what is considered a "safe seat" for the Congress. 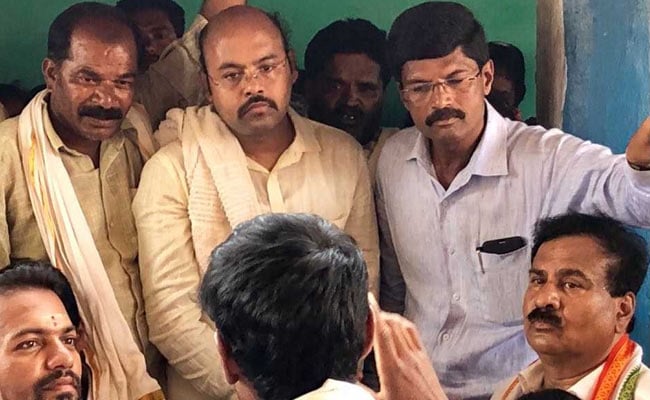 Dr Yathindra (center), a pathologist by profession, has been managing his father's constituency since two years

Nearly half the voters in Varuna, a rural area that depends on agriculture, belong to Scheduled Castes, Scheduled Tribes and Other Backward Castes which include over 35,000 Kurubas - the shepherd caste to which the Mr Siddaramaiah belongs. It's this coalition of communities which forms the nucleus of the 69-year-old's support base and can swing an election in his favour.

But the single-largest caste group in Varuna are the 60,000 Lingayats; they are the reason the BJP might field BY Vijayendra who is appealing for votes in the name of his father, the community's most statured leader. As an outsider, it may be the only advantage he has over Dr Yathindra, but he is unapologetic about being his father's son. "What is wrong if the Lingayats look up to me because of my father, we have their interests at heart unlike the Congress which is playing at divide and rule."

Last month, the Chief Minister said the Lingayats should be deemed a minority religion by the centre - the stand solicits the support of the powerful and wealthy community which forms about 17% of the population. The move threw the Lingayats into turmoil with its seers divided on its merits. North Karnataka, the home of Basavanna, the 12th-century social reformer and founder of the Lingayat religion, the move has many more supporters than in the state's southern districts, including Mysuru, which have a large number of Veerashaivas, a prominent Lingayat sub-sect. While Lingayats reject Hindu traditions, the Veerashaivas are comfortable with their Hindu identity; like the BJP, they contend that Mr Siddaramaiah's gesture divides Hindu society. Indeed, in 2013, the Congress-led coalition of Dr Manmohan Singh had spurned a request to grant the Lingayats the status of a religion which would give them huge central funds for educational centres which could be run with considerable autonomy. 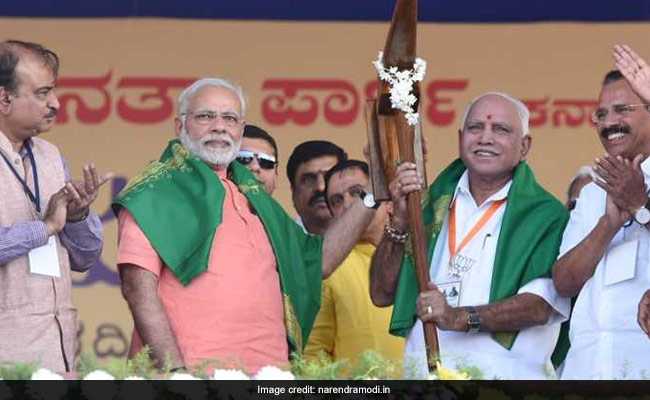 Despite the BJP opposing Mr Siddaramaiah's stand, its top leaders including party chief Amit Shah have visited the influential Suttur mutt or seminary near Mysuru to get its endorsement ahead of voting on the 12th. Congress President Rahul Gandhi has done the same.

"They don't realise that the power of the mutt comes from the vast number of educational and medical institutions it runs, and not from the political views it holds. People make up their own minds," S Prasad, a retired school teacher in a Lingayat-dominated village in Varuna, told NDTV.

There are enough Lingayats who see Mr Siddaramaiah's recommendation as a heavy-handed play for their votes and say that they will stick to voting for Mr Yeddyurappa. "For the sake of his honour, we will ensure his son is elected from here. Dr Yathindra is aware of this, that's why when he comes to our village, he sticks to the roads that pass through the SC and OBC areas, in our part he knows he will not get any votes," said a group of farmers in a village in Varuna.

The BJP is clear that apart from Lingayats, it needs a coalition of supporters to combat those of Mr Siddramaiah's - hence the party's emotional outreach to the 42,000 Scheduled Caste votes in Varuna. They are counted among the backers of Mr Siddaramaiah - but the BJP hopes to split their vote. "The Dalits hold the key to this election and will vote for us, because their strongest leader in the region, V Srinivasa Prasad, was humiliated by the chief minister," claims BY Vijayendra. Mr Prasad, a veteran Congressman, joined the BJP last year after he was unceremoniously dropped from the cabinet. keeps up the charge. "This is a personal fight with Siddaramaiah and I will ensure my community salvages my honour by defeating his son," he says. 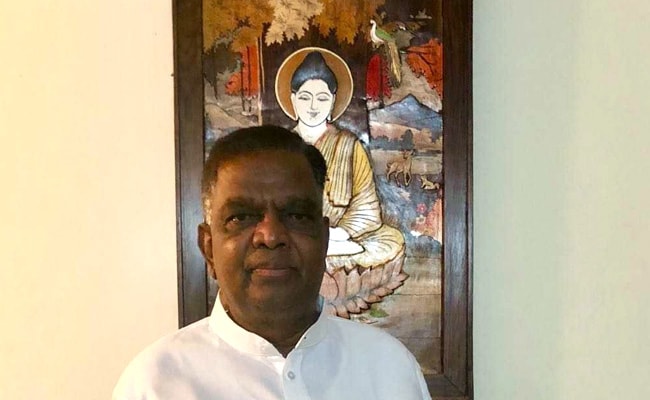 But local Dalits dismiss the business of taking revenge as naive talk. They insist they are not interested in fighting someone else's battle. "What do we gain from it? The BJP needs us now, but it remains an upper caste party...today, we are able to share equally with the Lingayats the sense of entitlement which comes from being voters in the Chief Minister's constituency. Why would we want to throw away a good thing?" said Vijay, a Dalit student of science at Mysuru University.

Promoted
Listen to the latest songs, only on JioSaavn.com
Till talk began a fortnight ago of the BJP choosing BY Vijayendra to take on Dr Yathindra, the doctor was considered the sure winner from Varuna. Even the Lingayats agreed the constituency had prospered because of its VIP status and had few complaints against its MLA, the Chief Minister. But now this contest has taken on a more dramatic life. The Congress will be looking not only to retain Varuna but continue its dominance in Mysuru and Chamarajanagar districts from where the party won 12 of the 16 assembly seats in 2013, conceding the rest to Deve Gowda's party (the BJP won none). The BJP, on the other hand, wants to put Mr Siddaramaiah and family out of business.