Karnataka Assembly Elections 2018: Chief Minister Siddaramaiah contesting from Chamundeshwari in Mysuru and Badami in Bagalkot district in north Karnataka said he is confident of winning. 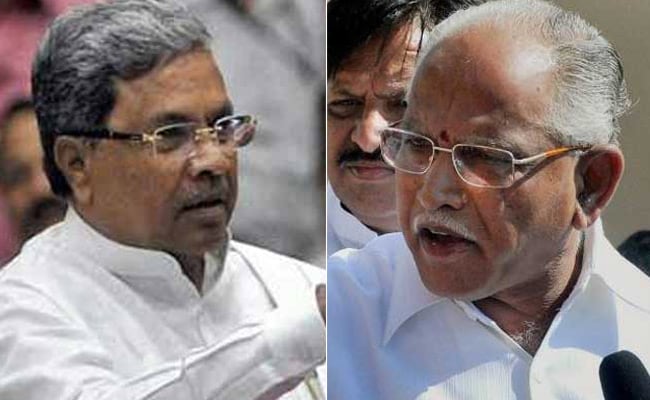 Karnataka Election 2018: Karnataka will hold elections for its 224-seat assembly on May 12. (File)

New Delhi: After the day of filing of nominations is over for Karnataka assembly elections due next month, Chief Minister Siddaramaiah contesting from Chamundeshwari in Mysuru and Badami in Bagalkot district in north Karnataka said he is confident of winning. He will be up against BJP parliamentarian B Srimaulu, a close aide of mining barons Reddy brothers, who flew in on a helicopter yesterday to file his papers.

Apart from Sriramulu, two other men connected to Janardhana Reddy -- his brothers Karunakara and Somashekhara -- have been given tickets by the BJP for Karnataka polls. The Reddy brothers, as they are called, were at the heart of Karnataka's biggest iron-ore mining scandal that had cost Mr Yeddyurappa the chief minister's post in 2011. Prime Minister Narendra Modi is likely to address about 20 rallies in Karnataka to boost the BJP's campaign in a state where his party is locked in a keen fight with the Congress.

Here are the updates on Karnataka Elections:

Apr 25, 2018 17:24 (IST)
Police and the Income Tax department seized Rs 42.78 crores in cash , while police and excise department seized liquor worth Rs 20.89 crores, according to news agency ANI. Rs 3.59 crore worth of gold was recovered till yesterday from Karnataka.
Apr 25, 2018 17:18 (IST)
"B Sriramulu contesting from Badami is a strategy which will defeat the incumbent chief minister who will no longer be the chief minister. It's a strategy and that's why Congress is extremely nervous. That's the reason why Siddaramaiah himself is very nervous," says Sambit Patra
Apr 25, 2018 17:08 (IST)
"As far as Chief Minister Siddaramaiah contesting from two seats is concerned, our question is, 'You (Siddaramaiah) were in government from the last five years. If you had performed, you would have been confident in contesting from one seat and you would've won that," says BJP spokesperson Sambit Patra in Karnataka's Shimoga district
Apr 25, 2018 14:35 (IST)
Somasekhar Reddy tells NDTV that 'BJP is mother for all Reddy brothers'. Including Janardhan Reddy. Yesterday, Congress taunted the Narendra Modi government for letting off Karnataka's infamous Reddy mining brothers and fielding three of them for the state assembly elections. 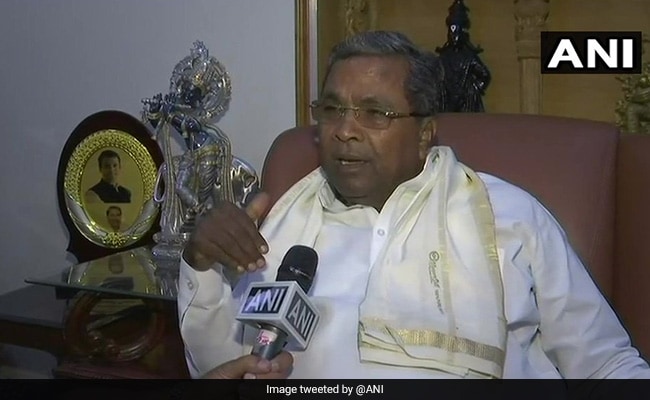 Karnataka Election 2018: Voting Dates, Election Results, Polling Schedule, FAQs You Need to Know
Karnataka Election date is May 12, 2018.The BJP and the Congress have been campaigning aggressively in the state for the last few months.
Apr 25, 2018 13:01 (IST)
Mining baron Janardhan Reddy campaigns for BJP in Karnataka. He say's to NDTV, that he is "working for the party' after BJP chief Amit Shah said that BJP had nothing to do with him. Three mining baron brothers, the Reddy brothers, were at the heart of these mining scandals.

Breaking: 'tainted' mining baron Janardhan Reddy campaigns for BJP in #Karnataka. Tells me 'I am working for the party'. Tune into NDTV. pic.twitter.com/zk8k1sj6Yi

Amit Shah says BJP has nothing to do with Janardhan Reddy. But NDTV filmed the mining baron campaigning alongside BJP candidate Sriramulu in north #Karnataka. Watch NDTV for more. pic.twitter.com/tDEVKowRWS

PM Shri @narendramodi will interact with all candidates, office bearers, elected representatives and karyakartas of @BJP4Karnataka through 'Narendra Modi App' at 9 am on 26 April 2018. pic.twitter.com/4KrcPJuxDE

Will BJP Or Congress Win Karnataka? What The Opinion Polls Show
Gains by the BJP in the Karnataka assembly election next month will fall short of a majority, an opinion poll showed, potentially forcing it to seek an alliance to end the rule of the Congress party in its last big state.