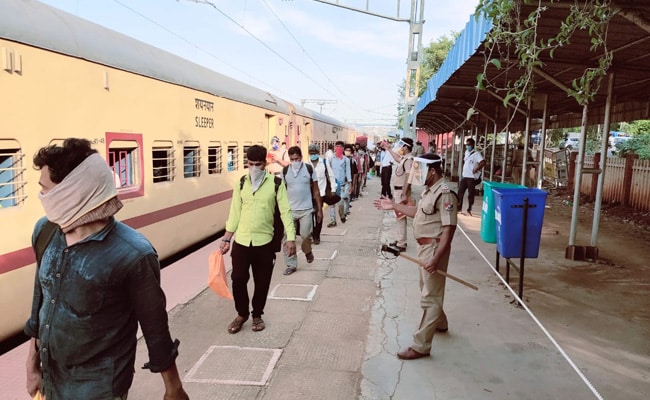 Karnataka has requested the Civil Aviation Ministry to reduce the number of incoming flights from five states - Maharashtra, Gujarat, Tamil Nadu, Madhya Pradesh and Rajasthan - to contain the spiralling coronavirus infection in the state. The Karnataka government issued a clarification this evening, after earlier reports said that the state has asked for a complete ban on flights from these five states.

"Karnataka has appealed to the Civil Aviation Ministry to take steps to lessen the air traffic to the State, with the sacred intention that there may not be adequate quarantine facilities, if there is huge turnout at a short span of time, Karnataka minister JC Madhu Swami said.

The minister also said restrictions have also been imposed for people coming by road from the States of Maharashtra, Tamil Nadu and Gujarat to ensure adequate quarantine facilities.

The state government took the decision after it turned out that most of the fresh coronavirus cases have been of people travelling in from other states or countries.

According to data from the Union Health Ministry, Karnataka so far had 2,418 cases of coronavirus, 781 patients were cured and 47 had died.

While the numbers have been relatively low compared to other states, it has spiked with the incoming people. Over 24 hours ending this morning, 118 of the 135 new cases reported, were people who had travelled into the state.

By evening, after a cabinet meeting, State Law Minister JC Madhu Swamy said: "We will see that no infected person from Maharashtra, Gujarat or Tamil Nadu will enter by road, for some for some 10, 15 days, because we have heavy load on us".

Quarantine for incoming people is also posing a problem, the minister said. "We have to test them twice. It is consuming a lot of time and we are short of accommodation. So we are restricting movement until these people move out of quarantine," he added.

On May 18 -- days after lockdown4 was announced -- Karnataka had banned entry of people from Maharashtra, Gujarat, Tamil Nadu and Kerala. The ban was stopped after the flights resumed.

The order came after the Centre said that movement of passengers will be allowed only with mutual consent of states.

But soon after, the Centre had allowed domestic flights, over-riding the objections of states that wanted stricter coronavirus protocol.

The inclusion of air traffic in the list of bans was due to the fact that the state is now expecting 15,000 passengers per day, which would put more stress on the system, the minister said.