The dispute over the land for the car shed has turned into a political battle between the state and the Centre. 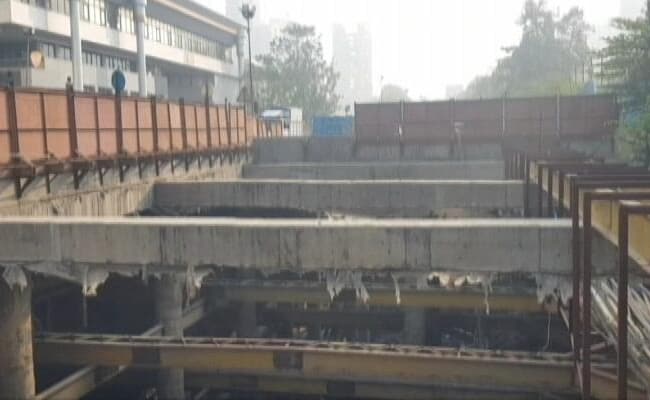 The High Court of Bombay today chided the Centre and Maharashtra government for politicising the Mumbai metro rail project. Advising them to forget past "conflicts of opinion" and make new beginnings, it asked the two parties to amicably resolve the dispute over the metro car shed at suburban Kanjurmarg.

The dispute over the land for the car shed has turned into a political battle between the state and the Centre as the latter went to court claiming ownership when the Shiv Sena-led state government shifted the car shed at Aarey Colony to Kanjurmarg following protests by environmentalists.

Pointing out that the state government is ready to pay compensation for the land to the rightful owner, the High Court added that it hopes that the "technical issues" are sorted out by June 10. "It is necessary to implement the project of public interest," it said.

The Mumbai metro line 3 is a fully underground line from South Mumbai's posh Cuffe Parade area to SEEPZ in the western suburbs near the airport. It is the most ambitious metro project in the city. The previous BJP-led government in Maharashtra had earmarked land at Aarey Colony for the car shed for this line amidst opposition from environmentalists saying that this would damage the area's ecology and lead to flooding during the monsoon as the car shed was coming up in the flood plain of the Mithi River. Even its then ally the Shiv Sena was opposed to the car shed at the ecologically diverse Aarey Colony, which is home to leopards and other wildlife.

After the state assembly elections, the Shiv Sena formed a government and cancelled the plan to build the car shed at Aarey Colony and shifted it to Kanjurmarg where a car shed for other future lines was proposed. The BJP-led government at the Centre went to court saying the land belonged to its Salt department and the High Court issued a stay and the case is being heard in court.

The litigation has held up a critical infrastructure project as the Centre refused to release the land for the car shed at Aarey even as the state government has promised to pay compensation to the owner of the land when it is decided. It has also become a political hot potato between the Shiv Sena and the BJP.