The senior DMK leader, who is the daughter of late party founder M Karunanidhi, is undergoing treatment for the virus in a Chennai hospital.

Kanimozhi had campaigned extensively for the DMK.

The senior DMK leader, who is the daughter of late party founder M Karunanidhi, is undergoing treatment for the virus in a Chennai hospital. She arrived at the voting station in an ambulance.

Kanimozhi voted between 6-7 pm, the hour designated for Covid-positive voters.

The leader's staff in the ambulance, officials at the polling booth and media personnel - all were wearing protective suits to prevent Covid infection. 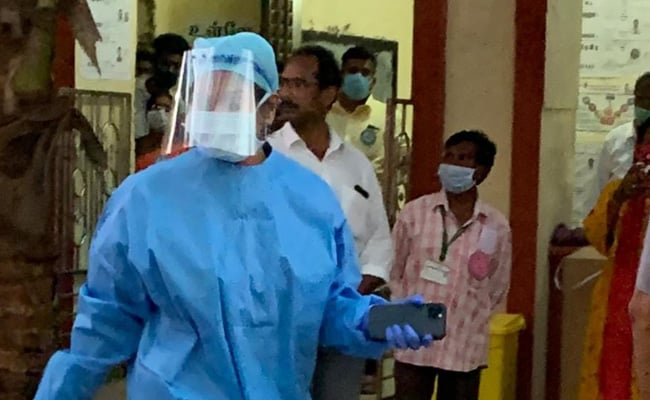 After casting her vote, she posed for the media, making a victory sign.

All 234 seats in Tamil Nadu voted in a single phase on Tuesday.

The ruling AIADMK contested 191 seats, with 23 given to the PMK and only 20 for the BJP.

The DMK contested 188 and its ally, the Congress, 25, with the rest going to minor allies.

Kanimozhi, who represents Thoothukudi in the Lok Sabha, had campaigned extensively for the DMK.

Days before she tested positive, Kanimozhi had said there was an intense wave against the BJP in Tamil Nadu and that her party would "sweep the elections".

Counting will take place on May 2.