In 2016, JNU student Najeeb Ahmed had gone missing. After a two-year search, the Central Bureau of Investigation had closed the case. 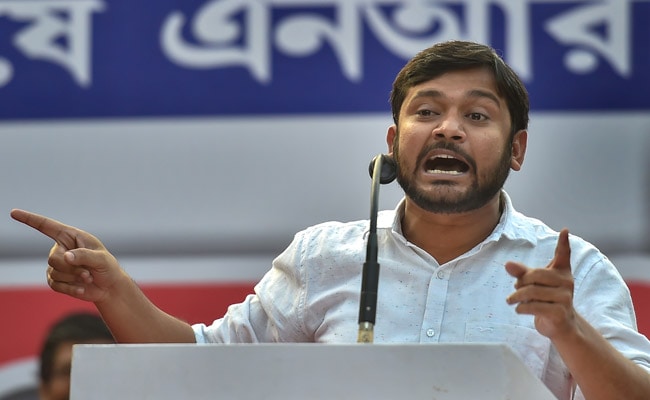 Kanhaiya Kumar said getting admission in JNU is not easy (File)

Abusing and blaming the Jawaharlal Nehru University will not solve the nation's problems, former student leader Kanhaiya Kumar said on Thursday, speaking for his alma mater that has been facing right wing criticism for several years.

Taking on the critics, Kanhaiya Kumar said, "Abuse us as much as you want. Call us anti-nationals. But it won't help your kids get jobs. It won't provide you with security. It would not help you get basic amenities. I can understand your frustration. Getting admission here is not easy."

Since Sunday's attack on the JNU campus, during which masked men targeted students and teachers leaving more than 20 injured, the university has also been facing the brunt of attack on social media. Casting the "tukde tukde" slur (a right-wing coinage implying that the students are anti-nationals), many in social media had expressed the opinion that the students deserved everything they got.

The Karnataka unit of the BJP had tweeted: "For too long, Leftists have been treated with kid gloves. No wonder this "good for nothing breed" has grown like a Weed. It is time #JNU Tukde Tukde Gang is identified & punished for its acts of violence. Future of India can't be at the mercy of Leftist Goons"..

The 33-year-old -- who was chief of the JNU student union and has a sedition case against him -- also had a barb or two for the police, who had allegedly been mute spectators to Sunday's attack. Students alleged that the police stood at the university gates while the masked attackers went on rampage. Later, they facilitated the escape of the goons, which is why not a single one was arrested, the students have said.

"They (the police) could not find Najeeb but they found 3,000 condoms in the dustbins of JNU. Don't know how they managed to count," Kanhaiya Kumar said to cheers and guffaws from his audience.

Months later, in October, JNU student Najeeb Ahmed had gone missing. After a two-year search, the Central Bureau of Investigation had closed the case.

Questions about the big budget for the central university are seen to have led to a hike in fees against which the students are protesting. They contend that the fee hikes have meant a three-fold increase in the living costs of some students. Tussle over this issue has led to the attack on Sunday, the university has said.