Ms Ranaut, 33, has been given Y-Plus cover on basis of a threat assessment report by the Home Ministry that takes into account a political row in Mumbai over comments on the Sushant Singh Rajput case 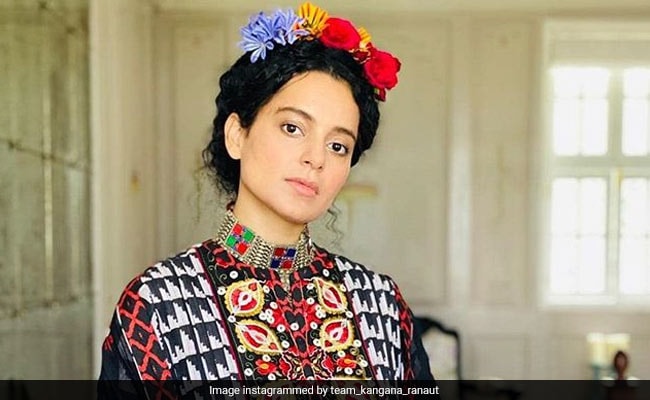 Kangana Ranaut is set to be the first Bollywood actor to receive CRPF (Central Reserve Police Force) security cover. Ms Ranaut, 33, has been given Y-Plus cover on basis of a threat assessment report by the Home Ministry, government sources said Monday.

If the Y-Plus cover is granted the "Queen" actor will join an elite club that includes Chief Justice of India SA Bobde and Union Law Minister Ravi Shankar Prasad.

According to an officer the central agency provides Y-Plus security for 15 people. Apart from the Chief Justice and Mr Prasad, others on the list are Congress leader Sachin Pilot and Vijay Kumar, who is a former Director-General of the agency and is credited with the killing of sandalwood smuggler Veerappan.

Mr Kumar was also the former advisor to Satya Pal Malik, the former Governor of Jammu and Kashmir.

The CRPF also provides Z-Plus security to Home Minister Amit Shah and Defence Minister Rajnath Singh. Ms Ranaut is just two notches below them on the scale of protection provided.

Z-Plus cover is also provided to Mukesh Ambani, the Chairman of Reliance Industries Limited. However, Mr Ambani pays for this cover, a senior officer revealed.

The Home Ministry threat assessment report for Ms Ranaut was filed after a request from the Himachal Pradesh government.

A senior official in North Block said Ms Ranaut had publicly referred to individuals involved in drug cartels operating within Bollywood. According to the official, the rapidly escalating political row in Mumbai added weight to the decision to provide her with security cover.

Ms Ranaut has been targeted by Shiva Sena and NCP leaders in Maharashtra after comments on the Sushant Singh Rajput case compared the city to Pakistan-occupied Kashmir.

A fact-sheet from the Home Ministry states that in total the CRPF provides security to as many as 60 VIPs. A senior officer said that of these 60 people nearly 40 per cent were non-political VIPs who had been given security cover after directions from the court via the centre.