Over 500 Pilgrims Stuck While Returning From Kailash Mansarovar

Indian pilgrims returning from Kailash Mansarovar had been caught in a bad weather since Saturday. 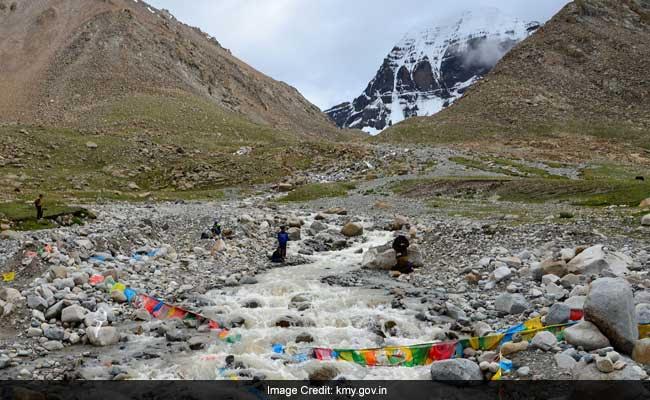 Kailash Mansarovar is situated 5,950 metres above the sea level (File)

The ordeal of Indian pilgrims returning from Kailash Mansarovar in Tibet is not over yet as more than 500 of them are still awaiting rescue flights in Nepal's Hilsa and Simikot regions.

Inclement weather has been disrupting the flights to and from Simikot since Monday. The condition improved on Tuesday which helped in airlifting 202 pilgrims from Hilsa. They were brought to Simikot. At least 277 pilgrims boarded flights from Simikot and landed at Nepalgunj and Surkhet on Wednesday, the Kathmandu Post reported.

On Tuesday, 150 people were evacuated from Simikot and taken to Nepalgunj, while 250 were flown from Hilsa to Simikot.

Indian pilgrims returning from Kailash Mansarovar had been caught in a bad weather since Saturday.

According to reports, altitude sickness has become a major concern for the stranded people. Eight pilgrims had died of the same earlier this year. Twenty Mansarovar pilgrims died in 2017.

"The Embassy continues to monitor the situation in Nepalganj-Simikot-Hilsa sector and is taking all possible measures to evacuate all stranded Indian nationals and Indian-origin people from the area," a situation report of the Indian Embassy in Kathmandu read on Wednesday.

In a bid to expedite the evacuation process, the Indian Embassy was also exploring the possibility of chartering helicopters subject to the weather condition and the willingness of the carriers to fly on these routes.

Kailash Mansarovar is situated 5,950 metres above the sea level. It takes three days to complete the 52 km Mansarovar circuit. Most of the altitude-related deaths take place on this circuit, said travel agency operator CN Pandey.

He added that as many as 25,000 Indian pilgrims are expected to visit Kailash Mansarovar this year.