"Life Is Worthwhile With A Smile": Justice Kurian Joseph Signs Off

Justice Kurian Joseph's advice to colleagues: "When you smile others also smile" 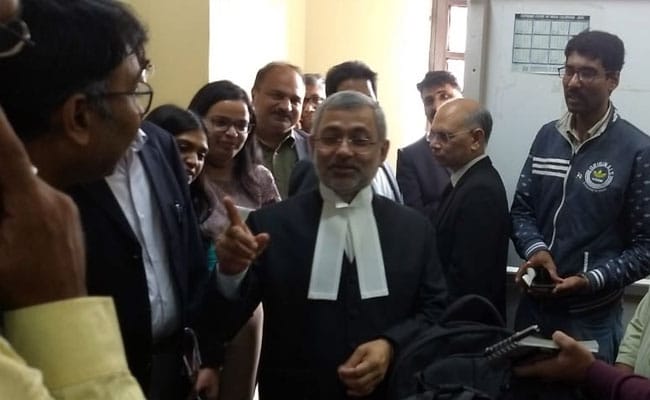 Before retirement, Justice Kurian Joseph said that time has come to review need for death penalty

Justice Kurian Joseph, number three of the Supreme Court's top ten judges retired on Thursday, with an advise to advocates: "Life is worthwhile with a smile". Addressing colleagues on his last working day, Justice Joseph said, "When you smile others also smile."

As per the custom today he sat with the Chief Justice of India, Rajan Gogoi in court room No 1, where his family members were also present. "The Chief Justice must ensure that the replacement of Justice Kurian must be a person with a smile," Justice Joseph told his boss.

Justice Joseph was elevated to the Supreme Court in March 2013. Before that he was a judge of the Kerala High Court and later the Chief Justice of the Himachal Pradesh High Court.

The "smile" and the "human touch" of the Justice Joseph made headlines when he was seen busily sorting out tons of relief materials that were donated by people during the devastating Kerala floods. He was seen packing and taping cartons of biscuits, milk powder and medicines, and labelling each of those boxes.

Justice Joseph's brother and sister were among those who were displaced in the floods that ravaged the state and his house at Kalady in Ernakulam was also flooded. While volunteering at flood relief collection drive in Delhi, Justice Joseph had said, it was his duty as "everyone is family now."

A day ahead of retirement, Justice Joseph commuted death penalty of a man convicted of murder. While commuting the death sentence to life imprisonment, Justice Joesph, who was part of a three-judge bench that heard the appeal, said in his judgment: "Capital punishment has failed to achieve any constitutionally valid penological goals... we are of the view that a time has come where we view the need for death penalty as a punishment, especially its purpose and practice."