Ahead Of Tamil Nadu Polls, Karti Chidambaram's Jibe At Congress 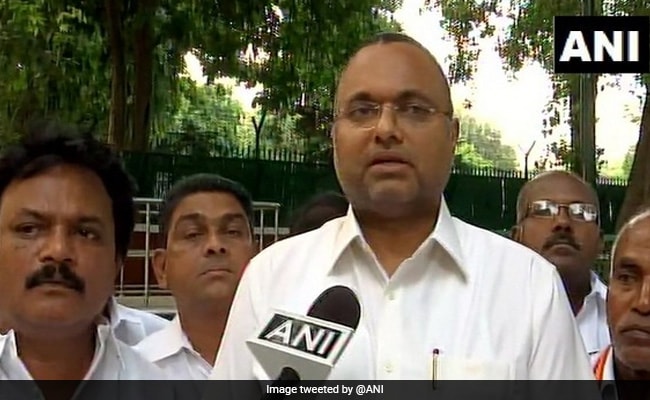 Congress MP Karti Chidambaram today struck a loud note of dissent against his party saying huge committees do not serve any purpose as the big numbers only result in diminishing accountability. His statement came on a day the party announced a jumbo panel of vice-presidents and general secretaries in its Tamil Nadu unit ahead of the state assembly polls scheduled for April-May this year.

Karti Chidambaram, an MP from Sivaganga in Tamil Nadu, tweeted, "These jumbo committees serve no purpose. 32 VP, 57 GS, 104 Secretaries. None will have any authority which means no accountability."

The parliamentarian's discordant note follows his father, P Chidambaram's support to dissenters during a meeting with the Congress President Sonia Gandhi recently. He had backed calls for elections at every level and also demanded the reconstitution of the Congress Parliamentary Board.

In his tweet critical of the Tamil Nadu Congress revamp, Mr Chidambaram tagged a host of senior leaders, including Rahul Gandhi and Priyanka Gandhi.

In Tamil Nadu, which goes to polls in a few months from now, the Congress has traditionally only played a marginal role, mostly aligned with the DMK, a party that is looking to replace the present AIADMK regime, which is itself a part of the BJP-led NDA.