Around midnight of November 30, 2014, Judge Loya -- who was hearing the politically sensitive Sohrabuddin Shaikh case -- suffered a massive heart attack during a trip to Nagpur and was declared dead the following day. 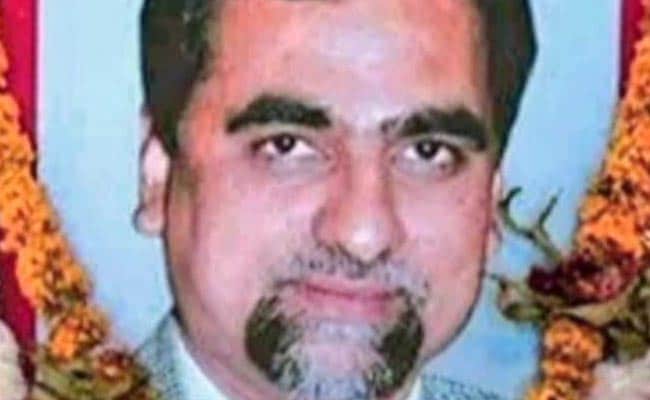 A fresh plea has been filed to hear the case of death of Judge BH Loya.

A fresh public interest litigation (PIL) has been filed in the Bombay High Court, seeking an unprecedented seven-judge bench to hear the case concerning the death of former CBI Special Judge BH Loya, a lawyer said on Thursday.

"There have been similar benches in the Supreme Court in the past. However, if our prayer is granted, this will be the first time ever (seven-judge bench) in any high court in India," lawyer Nitin Satpute, representing the petitioner Sanjay R Bhalerao, told IANS.

Among the 24 respondents named in the PIL are the Supreme Court Secretary-General, the Bombay High Court Registrar-General, several Maharashtra government departments and officials, police officers, medicos and the Inspector-General of the Special Protection Group (SPG).

The PIL has urged the High Court to treat the voluminous petition as a 'First Information Report' and order investigations under its supervision into Judge Loya's death by constituting a three-member Special Investigation Team comprising IPS officers from state where the Bharatiya Janata Party or its allies are not in power.

Around midnight of November 30, 2014, Judge Loya -- who was hearing the politically sensitive Sohrabuddin Shaikh encounter killing case in which the name of Bharatiya Janata Party President Amit Shah had figured -- suffered a massive heart attack during a trip to Nagpur and was declared dead the following day.

A month after Judge Loya's death, on December 30, 2014, the Special CBI Court discharged Mr Shah and other top officials from the Sohrabuddin case.

Mr Bhalerao has also sought directions to the Maharashtra Home Department (headed by Chief Minister Devendra Fadnavis) not to allot any work to the police officials who had conducted discreet inquiry into the matter without taking into consideration material documents, and whose inquiry report was filed before the Supreme Court.

He said he has pleaded that the Law Department should not assign any work to officers he has named and prayed they must be restrained from entering any government office for professional duties which may directly or indirectly touch the Judge Loya issue.

Mr Bhalerao said the concerned police stations and police officials in Mumbai and Nagpur should be ordered to collect the detailed records of Judge Loya's itinerary from Mumbai to Nagpur, where he died on December 1, 2014.

Mr Satupute said the PIL has sought that the Home Department and Anti-Corruption Bureau (ACB) take action against all the police officials in Mumbai and Nagpur under the Prevention of Corruption Act, 1988 for not lodging complaints of alleged offer of bribe of Rs 100 crore to the late Judge Loya.

It has also demanded a thorough probe into all the events and circumstances leading to the death of the judge after the matter was highlighted in a news report on November 21, 2017 in Caravan magazine.

The PIL has demanded a CBI Departmental Inquiry against CBI officials and some members of the judiciary.

In view of the threats to their lives, the petitioner, the lawyer and their families, besides Judge Loya's family, witnesses, all judges and magistrates must be given proper round-the-clock security from the state or central agencies, to enable them depose freely and fearlessly, the lawyer added.

On November 20, 2017, the Caravan magazine carried an expose on the circumstances surrounding the death of Judge Loya and the matter was taken up in various courts.

In January, the Supreme Court ordered all high courts to transfer all petitions pertaining to the Judge Loya case to the top court and in April, the matter was closed due to the absence of any material documents on record.

Subsequently another PIL was filed with fresh government documents in the Bombay High Court, Nagpur Bench in November.