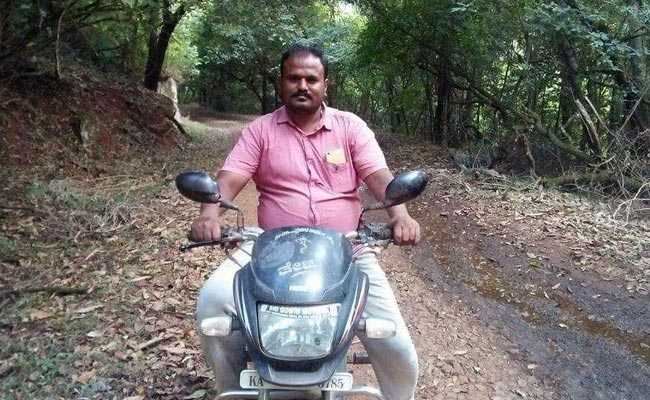 Bengaluru: The accused in the murder case of Bengaluru journalist Gauri Lankesh will undergo a narco analysis test, an officer of the special investigation team or SIT said. The accused KT Naveen Kumar, 37, was arrested on Friday last.

"Though the court on Monday allowed us to conduct the narco test on KT Naveen Kumar, the date and place have not been fixed," SIT officer MN Anucheth told news agency IANS in Bengaluru. "Evidence collected from him so far confirms him as an accused," Mr Anucheth said.

The main intent behind a narco test is to extract information from the accused when the person is in a forced hypnotic state.

Mr Kumar was booked by the Crime Branch on February 19 after investigators found 15 revolver bullets with him. He was later given to the SIT for questioning.

He is a resident of Birur in Karnataka's Chikmagalur district, 240 km from state capital Bengaluru.

The police are silent on whether the accused holds affiliation with any organisation, political or otherwise. Gauri Lankesh, 55, was a critic of right-wing ideology and a fierce advocate of secularism; she edited the weekly newspaper Gauri Lankesh Patrike.

Mr Kumar reportedly attended some events of the Hindu Janajagruti Samiti (HJS), a Goa-based group affiliated to Sanatan Sanstha, another right-wing organisation in the coastal state. 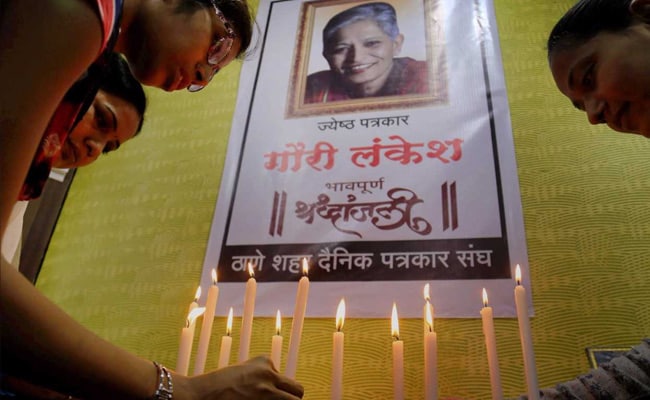 "He had attended a few public gatherings of HJS to spread religious awareness and also organised one in Maddur (in Mandya district, 80 km from Bengaluru) a few months ago," HJS spokesperson for Karnataka Mohan Gowda said. Mr Gowda, however, said the murder accused was not a member or volunteer of HJS.

"People interested in religious education take part in our activities but no memberships are offered in HJS or Sanatan Sanstha at all," Mr Gowda said.

Gauri Lankesh was shot dead at close range by unidentified men outside her home in Bengaluru on the night of September 5 last year.

Promoted
Listen to the latest songs, only on JioSaavn.com
Her death was seen as part of a series of unsolved killings of rationalists that included professor MM Kalburgi, who was shot outside his home in Dharwad in north Karnataka in 2015, and also the murders of Govind Pansare and Narendra Dabholkar in Maharashtra.