1,047 Panchayats To Go To Polls In 3rd Phase of Jharkhand Rural Elections

A total of 12,912 polling booths have been set up for the third phase. Of them, 6,021 have been declared sensitive and 3,804 hypersensitive. 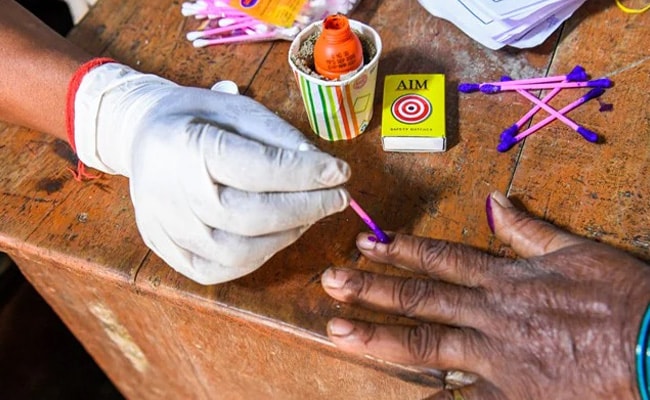 More than 46.94 lakh voters are entitled to decide the fate of 27,343 candidates. (Representational)

A total of 1,047 panchayats covering 70 blocks in 19 districts of Jharkhand will go to polls in the third of the four-phase panchayat polls on Tuesday, election officials said on Monday.

Panchayat elections in Jharkhand are not held on party lines.

In the third phase, elections were scheduled to be held for 15,376 posts - 12,911 panchayat members, 1,047 mukhiyas, 1,290 panchayat committee representatives and 128 Zilla Parishad members.

However, a total of 5,950 candidates have already been declared winners unopposed in the third phase, officials said.

"All preparations have been completed for the third phase. Polling will start at 7 am and continue till 3 pm. Polling parties have been dispatched to their respective locations," State Election Commission (SEC) Secretary Radhe Shyam Prasad said.

A total of 12,912 polling booths have been set up for the third phase. Of them, 6,021 have been declared sensitive and 3,804 hypersensitive.

Adequate security arrangements have been made both for the electors and the polling personnel. A large number of security personnel have been deployed at all polling stations to conduct peaceful polling, the SEC secretary stated.

The final phase of the elections will be held on May 27.

Four blocks in the state capital - Ormanjhi, Angara, Namkum and Silli - will go to polls in the third phase. Ranjan appealed to voters to cast votes without any fear or hesitation.