Jet Airways Coming Back With Premium And No-Frills Hybrid Model

Jet Airways now helmed by a new set of owners, will have a two-class configuration where business class passengers will be offered services including free meals. 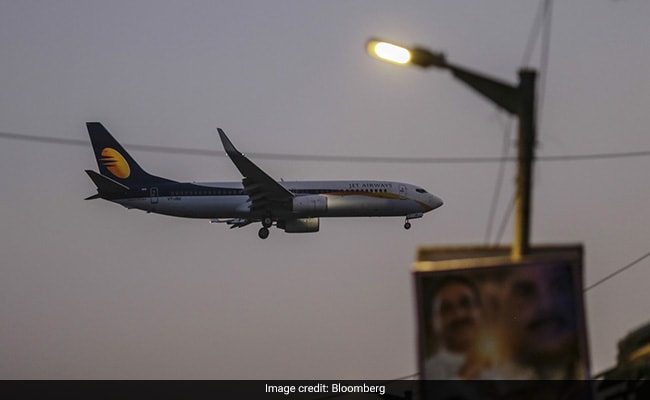 Jet Airways: The economy class will be modeled similar to low-cost carriers.

Jet Airways India Ltd., which is undergoing a court-monitored restructuring, plans to return with a hybrid of premium and no-frills services that would allow the former top local airline to claw back market share while managing costs in the fiercely competitive Indian aviation market.

The bankrupt airline, now helmed by a new set of owners, will have a two-class configuration where business class passengers will be offered services including free meals, its new Chief Executive Officer Sanjiv Kapoor said in an interview near New Delhi on Wednesday. The economy class will, however, be modeled similar to low-cost carriers where flyers pay for meals and other services, he said.

"It's very difficult in the domestic Indian market to take on the cost of the food and everything else in economy class, where the customer in India chooses primarily on the basis of fares," said Mr Kapoor, an aviation veteran who took charge of the defunct airline this week. "Let's just accept that and let's not burden ourselves with extra cost."

A successful revival of Jet Airways, which collapsed under a pile of debt in 2019 and became the first airline to enter a reformed insolvency resolution process, will be a landmark moment for India's bankruptcy laws. The new owners -- Dubai-based, Indian-origin businessman Murari Lal Jalan and Florian Fritsch, the chairman of London-based financial advisory and alternative asset manager Kalrock Capital Management Ltd. -- have pledged to make investments of as much as $120 million, Mr Kapoor said.

Mr Kapoor himself is not new to navigating carriers through turbulent skies. He spearheaded SpiceJet Ltd. as its chief operating officer in 2014, helming it through a time when the low-cost carrier was severely cash strapped. He was also the chief strategy and commercial officer for Tata Group-led airline, Vistara.

Jet Airways will operate a so-called proving-flight -- one or more test flights with no passengers to assess safety -- as early as this month, using a leased Boeing Co. 737, Mr Kapoor said, adding that this will immediately make the airline eligible for a flying permit. This permit allows the new owners to bring in investments, and enables the airline to negotiate landing and parking slots with airports.

"We are confident that we are very close to a proving flight," Mr Kapoor said. "Proving flight is the last step. If you pass the last step there's nothing preventing you from getting the AOP," he said, referring to an air operator permit which is a license to start commercial operations.

Jet Airways will return to Indian skies that are expected to get more crowded and competitive as billionaire Rakesh Jhunjhunwala-owned Akasa Air gears up to fly later this year. The unprofitable and former flag carrier Air India was recently acquired by the Tata Group, which is looking to turn it around. Even though air travel is rebounding strongly from two years of the Covid-19 pandemic, India is a tough place to make money in aviation and several carriers have failed amid bruising fare wars and high costs.

Founded by ticketing agent-turned-entrepreneur Naresh Goyal after India ended a state monopoly on aviation in the early 1990s, Jet Airways became popular among fliers as an attractive alternative to formerly state-run Air India Ltd., offering full-service flights to cities including London and Singapore, before a bunch of low-cost airlines ushered in cheap fares for no-frills services.

The Jalan-Kalrock consortium is currently in court seeking another extension of 90 days to implement the rescue plan it proposed for the bankrupt airline. The successful bidder had proposed to make payments worth 13.75 billion rupees ($180 million), out of which 3.5 billion rupees would be paid in the first 180 days, failing which the plan could be scrapped, according to court documents.

The consortium infused 500 million rupees into Jet Airways 2.0 -- as it is dubbed by the new owners -- in January, and lenders have said they don't object to an extension of 60 days. A court decision on the deadline extension request is awaited.

The delay in implementing the resolution plan is in part hampered by the lack of a flying permit, Mr Kapoor said. While the plan initially envisaged renewing the old permit of Jet Airways, that license is no longer valid, which forced the carrier to apply afresh, he said.

Jet Airways is also evaluating aircraft from Boeing, Airbus SE and Embraer SA, and has yet to decide on a model, Mr Kapoor said. Due to a heavy backlog with manufacturers of the most-popular planes, Jet Airways will initially start with leased aircraft.

The insolvent carrier, in which creditors were forced to take a 95% haircut, was in talks with Airbus and Boeing to induct at least 100 narrowbody jets, Ankit Jalan, a representative for the consortium, told Bloomberg News in December.

The airline doesn't want to be pushed into an aircraft only because it is available now, according to Mr Kapoor. "We'd rather take a longer-term view and do the analysis, and evaluate the entire syllabus and pick what we think is best," he said. "We don't want the tail to wag the dog."