Lalan Singh, a senior leader of the party that rules Bihar, said he raised the issue at the meeting, attended by senior BJP leaders like Prime Minister Narendra Modi and Home Minister Amit Shah. 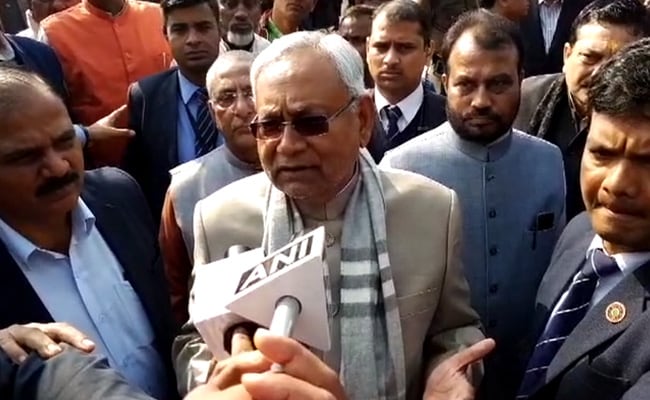 In a meeting of National Democratic Alliance (NDA), the Janata Dal United (JDU) on Friday formally put forth its demand of removing queries regarding parents from the centre's National Population Register questionnaire, days after party chief Nitish Kumar made public his unease over the exercise.

Lalan Singh, a senior leader of the party that rules Bihar, said he raised the issue at the meeting, attended by senior BJP leaders like Prime Minister Narendra Modi and Home Minister Amit Shah, news agency PTI reported. He said Mr Shah assured him that the matter will be further discussed.

Critics say the National Population Register, an exercise linked to the population census, is a prelude to the nationwide National Register of Citizens (NRC), and that questions related to parents' place of birth in the updated questionnaire are a ruse to gather data for the NRC.

The centre, however, has dismissed concerns about the methodology being adopted for the NPR exercise, though those have not been spelled out yet. "If someone does not want to share any information regarding any issue, it is up to that person. He has the option of not sharing it," Minister of State for Home Affairs GK Reddy had told reporters.

Home Minister Amit Shah last year said that the two exercises weren't linked and that there had been no discussions on nationwide NRC.

Bihar Chief Minister Nitish Kumar, whose party supported the Citizenship Amendment Act in parliament last year, indicated on Tuesday that he was not entirely on board with the NPR in its current form.

"There is a lot of confusion and panic regarding the NPR. New questions have been added and we want it to be dropped," Mr Kumar was quoted as saying by leaders who had attended a meeting with the Chief Minister.

On CAA, he said those who have a problem with the law must approach court against it.

Mr Kumar Wednesday expelled two of his closest aides, Prashant Kishor and Pavan Varma, after weeks of acrimony over their open criticism of his stand on the citizenship law, which for the first time in India makes religion the test for citizenship.

Critics say that the law is against the secular principles of the country and is likely to pose a threat to the country's Muslim community when implemented in coordination with the National Register of Citizens.