"JD(U) Has Nothing To Do With Ram Temple, Triple Talaq": Nitish Kumar

Nitish Kumar said his party desired that both issues should be resolved peacefully and by consensus. 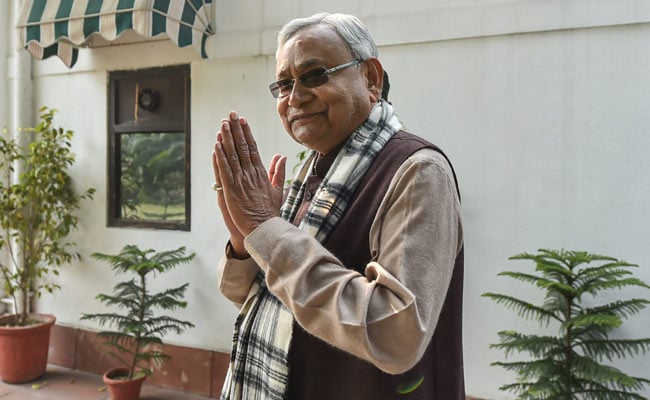 Bihar Chief Minister Nitish Kumar on Monday said that his party Janata Dal-United had nothing to do with controversial issues such as building a grand Ram temple in Ayodhya and triple talaq.

"Our stand on these controversial issues is old. There is no change in our stand. We have nothing to do with such issues," the JD-U President told the media here after holding his first Lok Sambad in 2019.

He said his party desired that both issues should be resolved peacefully and by consensus.

Earlier, senior JD-U leader KC Tyagi said Ram temple and triple talaq were not the agenda of his party.

Nitish Kumar stressed that the country can be run only by constitutions.

In reply to a question, Nitish Kumar said the Rafale fighter jet deal was not an issue as the Supreme Court had given a clean chit to the central government.