Janmashtami 2021: Krishna Janmashtami celebrates the birth of Lord Krishna and is also known as Gokul Ashtami. 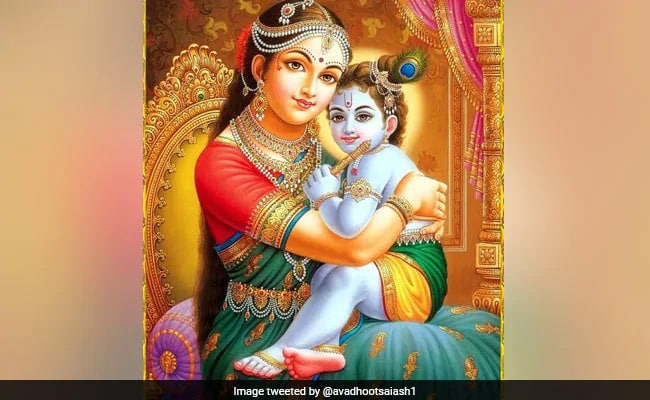 Janmashtami 2021: Krishna is described in Hindu epics as the god of love, tenderness and compassion

Lord Krishna is considered the eighth avatar of Lord Vishnu, the preserver among the Trinity. His birth is celebrated widely as Krishna Janmashtami or Gokul Ashtami. Born in a dungeon in present-day Mathura in Uttar Pradesh at midnight to Queen Devaki and King Vasudeva, Krishna is described in Hindu epics as the god of love, tenderness and compassion. He is also praised as a prankster who often used his supreme powers to help others, stunning his friends and family.

Janmashtami is celebrated on the ashtami of Krishna Paksha (Moon's setting phase) or the 8th day of the dark fortnight in the month of Bhadrapada. This usually falls in August or September. This year, Janmashtami will be celebrated on August 30. Since Krishna was born at midnight, the puja for him is performed in Nishita Kaal. This year it will be between 11:59 PM on August 30 to 12:44 AM on August 31.

Devotees observe fast on Janmashtami and break it after performing the puja or the next morning. The breaking of the fast is called “Paran” in Hindi, which means the successful completion of the vow. Paran can be done after 5:58 AM on August 31.

The most popular description of Lord Krishna is found in the Mahabharata as the charioteer of Arjuna during the Kurukshetra war. He kept Arjuna on the side of “dharma”. Another description says Krishna was born to end the tyrannical rule of Kansa, his mama, who feared the prophecy that the eighth child of Devaki will kill him. With Krishna being known as the preserver of Dharma and slayer of Adharma, his birth is celebrated across the country as Janmashtami.

The Janmashtami celebration and rituals begin early in the day with devotees decorating Krishna idols with flowers and ‘mor pankh' (peacock feather). They offer him his favourite ‘maakhan' (white butter), curd, and milk after his birth at midnight. Dahi Handi events are also organised.