The girl was kidnapped and held captive from a village in Jammu's Kathua district on January 10. For the next seven days, she was sedated, starved and gang-raped. 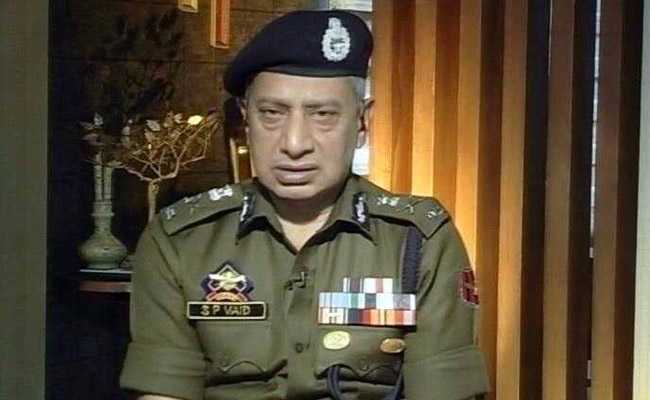 NEW DELHI: As the horrific rape and murder of eight-year-old girl in Kathua gets communalised and politicised, the Jammu and Kashmir police chief has hit back at demands for a CBI probe from the Jammu Bar Association and members of the BJP.

The girl was kidnapped and held captive from a village in Jammu's Kathua district on January 10. For the next seven days, she was sedated, starved and gang-raped. Then she was murdered - her head was bashed with a stone to ensure that she was dead.

Local policemen attempted to shield the suspects and destroyed evidence. But when arrests were made, the Mufti Mehbooba government ordered the case to the crime branch. That is when the horror story started unfolding. It turned out that the gang-rape was a tactic to drive out a Muslim nomad community to which the child belonged from a Hindu-dominated area.

As the crime branch started making arrests, local political activists started attacking the police. They were supported by local politicians including the BJP's two ministers in the Jammu and Kashmir government.

According to a tweet by BJP leader Ram Madhav, the state BJP unit passed a resolution on 1 April condemning the heinous crime that had taken place more than two months earlier. It also underlined that "the innocent should not be harassed".

It has been insinuated in Jammu that the policemen were gunning for leaders from a particular religion; a campaign that the police has been furiously trying to counter and send a strong message against those communalising the issue.

The probe team is headed by a Kashmiri Pandit and a Kashmiri Muslim officer and the police today asked the government to task prosecutors from the Sikh community for the trial.

Mr Vaid told NDTV that the Crime Branch and the special team, which probed the "horrific crime", had done a professional job and hadn't spared even their colleagues who had compromised the investigation and tried to destroy evidence.

"Two special police officers have been arrested. So four of our own men who, for whatever reason, whether for bribe or whatever reason did something wrong... even they have not been spared. So that speaks of the fairness of the investigation of Jammu and Kashmir Police", he said.

Asked why the Jammu Bar Association says it has no faith in the police and wants a CBI inquiry, Mr Vaid said: "I think only they can answer this why they don't have faith in the crime branch of the J&K Police... J&K Police, which is fighting almost war-like situation and which can sacrifice its men in Kashmir can do such a great job, it is admired all over the country for its professional working and I am really surprised if somebody says they don't have trust on J&K Police."

Promoted
Listen to the latest songs, only on JioSaavn.com
"In J&K Police or anywhere in the country, we work as police officers, we don't work as Hindus, Muslims, Christians and Sikhs. All my officers, I can vouch for them. They work as professional police officers", said the police chief.

Asked if he was disappointed that the BJP ministers in the state were questioning their own police force, Mr Vaid said: "I have nothing much to add. You have already said it but I do feel bad about it."

"Quomodocunquize": Shashi Tharoor's Head-Scratcher Is A Swipe At Railways