The Congress has not officially reacted to Anil Antony's action, after he quit all party posts since he was criticised by Congressmen in Kerala. 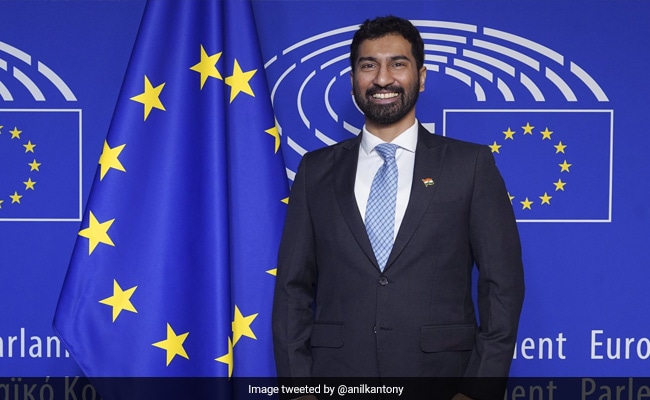 Senior Congress leader Jairam Ramesh took a swipe on Wednesday at veteran Congressman A K Antony's son Anil Antony, who resigned from all party posts after "threats" over his remarks against a controversial BBC documentary, and without naming him, accused him of "ignoring" his duties towards the Congress and the Bharat Jodo Yatra.

Without taking names, Ramesh also drew a comparison between former Kerala chief minister Oommen Chandy's son and Anil Antony, saying while one is a "Bharat yatri" who is walking barefoot to unite the nation, the other is "revelling in his day in the sun".

"A tale of two sons of two CMs from the same state. One is a Bharat Yatri and walking tirelessly, mostly barefoot to unite our nation in the Bharat Jodo Yatra. The other is revelling in his day in the sun today having ignored his duties to the party and the yatra," the former Union minister wrote on Twitter.

The Congress has not officially reacted to Anil Antony's action, after he quit all party posts since he was criticised by Congressmen in Kerala for speaking out against the BBC documentary on the 2002 Gujarat riots.

Anil Antony, the son of former defence minister A K Antony's son, resigned from all his posts in the Congress on Wednesday following "intolerant calls" and "abuses" over his tweet against the controversial BBC documentary -- "India: The Modi Question".

Announcing his resignation from the posts in the Kerala Pradesh Congress Committee (KPCC) Digital Media and All India Congress committee (AICC) Social Media and Digital Communications cells, Anil Antony said he has not given up the primary membership of the party as he would like to remain a Congressman for now.

"At this moment, politics is not my priority. I am a computer professional who has worked in various cyber digital segments for a long time and want to continue with that. I think that will be appropriate at this point of time for the party and my interests," he said.

Anil Antony had, on Tuesday, tweeted that despite large differences with the Bharatiya Janata Party (BJP), those who support and place the views of the British broadcaster and of former UK foreign secretary Jack Straw, the "brain behind the Iraq war" (involving the US-led coalition in 2003), over Indian institutions are setting a dangerous precedent.

The Centre had last week directed the blocking of multiple YouTube videos and Twitter posts sharing links to the documentary.

The two-part documentary, which claims that it investigated certain aspects relating to the 2002 Gujarat riots, when Prime Minister Narendra Modi was the chief minister of the state, has been trashed by the Ministry of External Affairs as a "propaganda piece" that lacks objectivity and reflects a "colonial mindset".