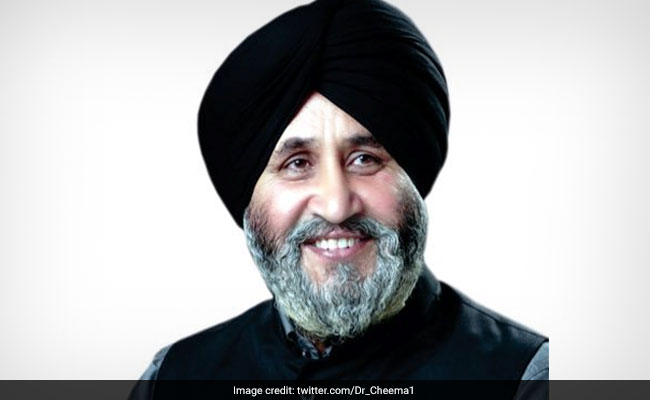 The Shiromani Akali Dal (SAD) today lashed out against what it called the Central government's "double standards" on property ownership rights of citizens in various states.

In a strongly worded statement, SAD Senior Vice-President Dr Daljit Singh Cheema came down heavily against the contradiction in allowing property ownership rights to outsiders in Jammu and Kashmir and yet denying it to "farmers from Punjab in Gujarat and Rajasthan".

He was referring to the notification issued by the Central government on Tuesday allowing residents of any state to purchase urban land and immovable property in Jammu and Kashmir. Earlier, only residents of the Himalayan state had that right.

"This...smacks of strong communal prejudices. Isn't it strange that while anyone can buy and own properties, including agricultural lands, in Punjab and now in J and K, where the country's two main minority communities happen to be in a majority, Punjabis are denied the same rights in other states, notably in Gujarat and Rajasthan," Dr Cheema said.

He wondered why no Indian citizen has the right to buy agricultural land in Himachal Pradesh, referring to the complications faced by non-natives on this front. "Is Himachal not an integral part of the country?" the SAD leader asked.

Dr Cheema said the problem for Punjabis is particularly severe in Gujarat and Rajasthan.

The Akali leader also said Punjabi had been refused the official language status in Kashmir despite being spoken by a significantly large number of Kashmiris.

He noted that there is a strong cultural affinity, a near linguistic uniformity and geographical contiguity between Punjab and Kashmir.

"For these strong reasons, if any non-Kashmiri citizens has the first claim on property ownership rights in Kashmir, it is the Punjabis," Dr Cheema said.