It was a faulty fire alarm, says Kaiga Director 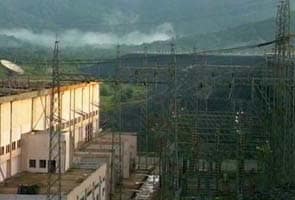 New Delhi: On Saturday, a smoke detector went off at one of the four Indian built nuclear reactors at the Kaiga Nuclear Power Station in Karnataka causing immediate shutdown of the unit.

"There was spurious fire alarm, from the inaccessible area where without shutdown entry cannot be made. No abnormality was found," said J P Gupta, Director, Kaiga Nuclear plant.

No one has been injured and there has been no radioactive leak. The reactor is now cooling down and the plant's operator says there is no possibility of a Fukushima type of accident.

But this isn't the first scare at Kaiga. In 2009, nearly 100 workers fell ill after an insider laced drinking water with radioactive tritium.

That criminal case is yet to be solved.

Promoted
Listen to the latest songs, only on JioSaavn.com
After the Fukushima nuclear crisis in Japan, India has ordered a safety review of all its 20 reactors. Even the Prime Minister has called for greater transparency. But after this latest scare at Kaiga, will the nuclear establishment come clean?