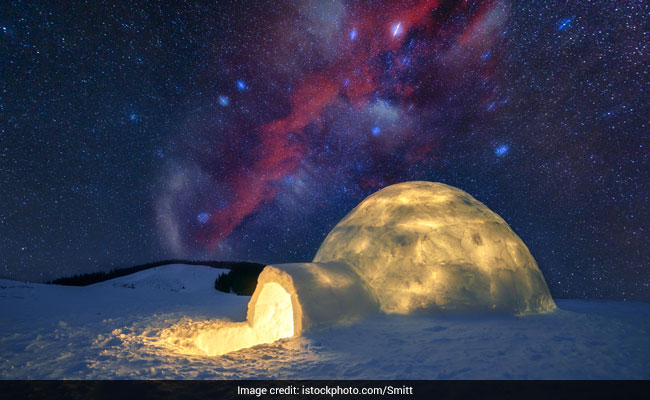 New Delhi: India's space agency ISRO is researching on building structures on the Moon where astronauts can stay safely, the government said today.

The structures on the Moon could be dome-shaped like an igloo to give maximum protection to inhabitants in the vacuum environment, where the temperature could swing between extremes.

"The ISRO, along with academic institutions, is doing experimentation on potential structures for lunar habitation," Minister of State in the Prime Minister's Office (PMO) Jitendra Singh told the Lok Sabha in a written reply.

The PMO looks after the Department of Space.

The Indian Space Research Organisation (ISRO) launched the Chandrayaan-1 spacecraft to the Moon in 2008. It was India's first unmanned mission to the Moon. The Chandrayaan-1, which cost $79 million, was assigned a two-year mission, but ISRO scientists had lost contact with the spacecraft.

In March 2017, scientists at the US government's National Aeronautics and Space Administration (NASA) successfully located the spacecraft still circling some 200 kilometres above the lunar surface. ISRO's Chandrayaan-1 was launched in 2008. It was considered lost till NASA scientists found it (File)

"Various options are being studied about the requirements and complexities of habitats. The study is more towards futuristic developments," Jitendra Singh said.

In the follow-up mission, Chandrayaan-2, ISRO will try to place a high-tech rover on the unexplored south pole of the moon to collect samples and analyse data on Earth's only natural satellite.

Promoted
Listen to the latest songs, only on JioSaavn.com
ISRO on its website says Chandrayaan-2 will carry an orbiter, a lander and a rover. "After reaching the 100 km lunar orbit, the Lander housing the Rover will separate from the Orbiter. After a controlled descent, the Lander will soft land on the lunar surface at a specified site and deploy a Rover," ISRO says.

ISRO's research on setting up habitable structures on the lunar soil will help in future missions when India decides to send astronauts on the Moon.