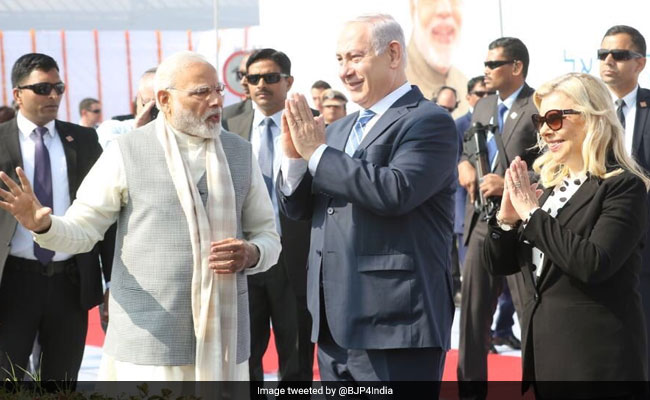 Israeli Prime Minister Benjamin Netanyahu could be visiting India in February or March, before elections in both the countries, in what would be his second visit to New Delhi coming after just over a year.

"A date is being worked out but no confirmed dates are available as yet. Both the sides have exchanged their preferred dates but there is no final decision on it. The visit, however, is likely sometime in February or March," informed sources here told PTI.

Mr Netanyahu has taken up many trips abroad recently to strengthen Israel's standing in the international community, something that his supporters have been using to project him as the only leader who can drum up support for Israel.

The Israeli leader seems to be trying to convince his people that his country is not isolated in the global community and many more nations would be working with Tel Aviv, irrespective of a breakthrough on the deadlocked peace process with Palestinians.

Israel will hold elections for the Knesset (parliament) on April 9.