According to reports, a mob of over 200 people allegedly attacked Hindu devotees and vandalised the ISKCON Radhakanta temple in Bangladesh's Dhaka late on Thursday. 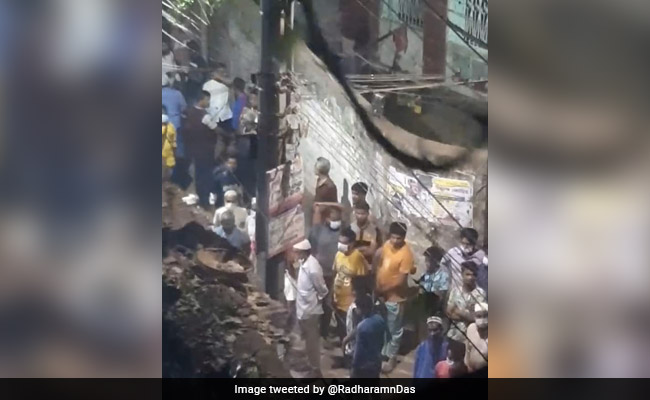 RSS national executive member Indresh Kumar on Saturday condemned the alleged incident of vandalism at a temple in Bangladesh and urged India to intervene, saying the Sheikh Hasina government has "completely failed" in protecting the minority Hindus there.

He also appealed to the Congress and all other opposition parties to condemn the incident rising above "politics of religion and caste" and join New Delhi in building pressure on Dhaka to stop attacks on Hindus, which he said continues to remain "unabated" in the neighbouring country.

Mr Kumar, founder and chief patron of Muslim Rashtriya Manch, also called upon the "Muslim society" to condemn the attack.

According to reports, a mob of over 200 people allegedly attacked the devotees and vandalised ISKCON Radhakanta temple in Dhaka late on Thursday.

"The attack was carried out at ISKCON Radhakanta temple at 222 Lal Mohan Saha Street in Wari, Dhaka, on Thursday evening by a mob of more than 200 people led by Haji Saifullah. The temple was ransacked and looted," Mr Kumar said in message to PTI and described the incident "a form of terrorism."

On every festival, Hindus are targeted in Bangladesh under a "pre-planned conspiracy", the Rashtriya Swayamsevak Sangh (RSS) leader said, adding that the community has faced 3,679 attacks, which include 1,678 cases of armed attacks and vandalism at religious places, in the last nine years.

Citing a few incidents, he said, "During Navaratri last year, attacks were carried out and around 200 houses of Hindus were burnt, Durga Puja pandals were vandalised and the ISKCON temple in Dhaka was also attacked.

"The Prime Minister Sheikh Hasina government has completely failed in providing protection to minority Hindus in Bangladesh. It is a horrifying situation," he alleged.

Seeking the intervention of the Indian government, Mr Kumar said due to the "unabated targeting of Hindus" in the neighbouring country, the population of Hindus there has "come down to 9 per cent from 29 per cent in 1971".

"The Congress and all other opposition parties should also condemn the attacks on Hindus in Bangladesh and Pakistan, and join the Government of India in building pressure on the neigbouring countries to put a complete check on such atrocities. The Muslim society should also condemn such incidents," he added.