Satish Chandra Verma was part of the probe into the Ishrat Jahan case, first as a member of the Gujarat High Court appointed Special Investigation Team and then leading the CBI investigation on the court's order 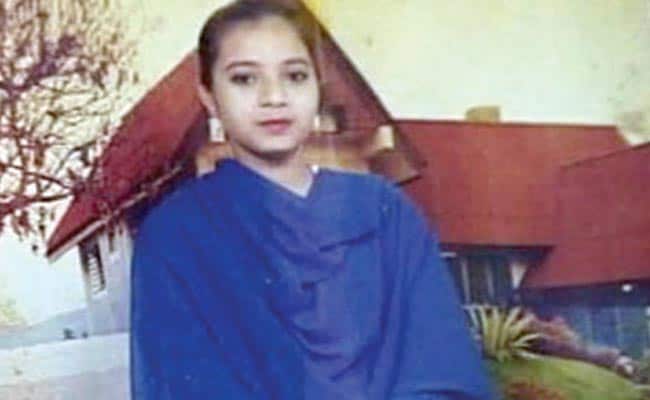 The Home Ministry has dismissed an Indian Police Service officer from the Gujarat cadre, Satish Chandra Verma, who had assisted the Central Bureau in its investigation into the alleged fake encounter case of Ishrat Jahan, a month before he was scheduled to retire.

"The Home Ministry dismissed Verma on August 30 a month before he was to retire on September 30, but the Delhi High Court has given him time till September 19 to use his legal options," a senior Home Ministry official said.

Mr Verma has challenged and filed a petition in the Supreme Court against two orders of the high court. The matter is listed for September 16.

If the dismissal comes into effect, he won't be entitled to pension and other benefits.

The Home Ministry passed an order on August 30 dismissing Mr Verma from service on grounds related to departmental proceedings, one of which includes "talking to the media which dented the country's international relations."

The Gujarat government had also refused Mr Verma promotions due to departmental cases against him.

Mr Verma is posted with the CRPF in Coimbatore. "There is a training school and he is posted as Director there," an official said.

Mr Verma was part of the probe into the Ishrat Jahan case, first as a member of the Gujarat High Court appointed Special Investigation Team and then leading the CBI investigation on the court's order. He has had run-ins with the state government, then headed by Chief Minister Narendra Modi before he became Prime Minister.

In 2014, Mr Verma had said in a petition against his abrupt transfer to the northeast on central deputation that his investigation into the Ishrat Jahan case was the reason why "he was being consequently antagonised since 2010-11".

During his deputation as Chief Vigilance Officer of the North Eastern Electric Power Corporation (NEEPCO), he reported large-scale irregularities in a hydro power project in Arunachal Pradesh and named then Minister of State for Home Kiren Rijiju, currently the Law Minister, his relatives and officers of the department.

Subsequently, Mr Verma was transferred to the Central Reserve Police Force in Tripura as IGP and from here, to his current posting in Coimbatore in Tami Nadu.