In a rejoinder to CBI's reply on his bail plea, he said that a look out circular (LOC) has already been issued against him and it is preposterous to allege that he is a flight risk and can evade the process of law. 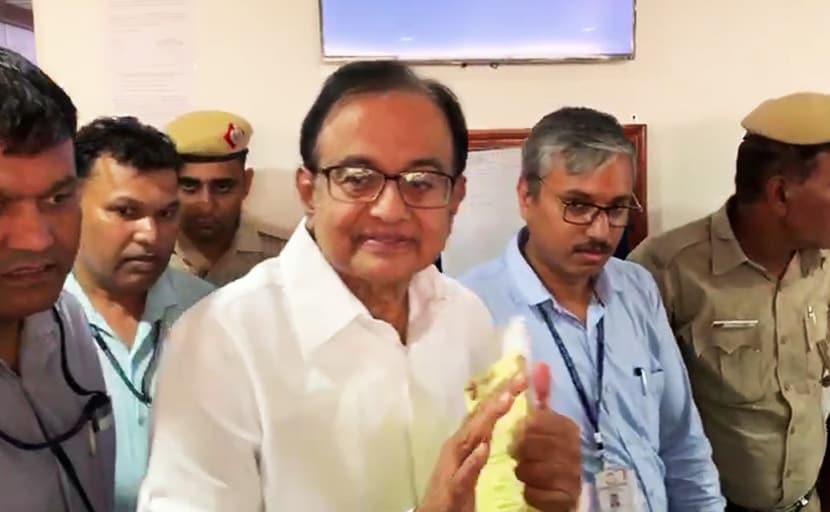 Veteran Congress leader P Chidambaram, arrested in the INX Media corruption case, this morning denied in the Delhi High Court that he used the office of finance minister for personal gain.

In a rejoinder to CBI's reply on his bail plea, he said that a look out circular (LOC) has already been issued against him and it is preposterous to allege that he is a flight risk and can evade the process of law.

Mr Chidambaram's lawyers denied CBI's submission that his alleged role in the INX media case was a "clear betrayal of public trust at large".

"It is denied that the accused, who held a very high and influential office of the finance minister of the country used the same for personal gains as well as in connivance with his co-conspirators. It is submitted that there is no loss to the public exchequer in this case," the rejoinder read.

It further said, "No public funds were involved in this case and it is not a case of bank fraud or taking money out of the country or defrauding depositors or stealing money. Rs 305 crore has come to INX media as FDI well within the approval percentage of 46.21 per cent."

Mr Chidambaram, in the rejoinder, said that statements of Indrani Mukerjea and her husband Peter Mukerjea against him cannot be considered credible as they are "accused in a murder case".

CBI in its reply on Friday opposed Mr Chidambaram's bail plea in the corruption case, saying it is a "gravest case of economic offences" and the magnitude of financial embezzlement and misuse of high public office disentitles him for any relief.

In its written response to Mr Chidambaram's bail plea, the CBI had said the gravity of offences committed by the former finance minister for which he is being investigated does not entitle him to seek any relief as it would not only be against the "zero tolerance policy on corruption" but would also be setting a very wrong precedence in all corruption cases.

It said the investigation revealed that Mr Chidambaram, as the finance minister, had demanded illegal gratification and the payments were made in India and overseas to him and his accused son Karti.

The agency had said despite his arrest, Mr Chidambaram continued to remain evasive while replying the questions put to him during interrogation or confrontation.

Chidambaram, who was arrested on August 21 by the CBI from his Jor Bagh residence in Delhi, is currently lodged in Tihar Jail under judicial custody till October 3.

The CBI had registered an FIR on May 15, 2017, alleging irregularities in the Foreign Investment Promotion Board (FIPB) clearance granted to the INX Media group for receiving overseas funds of Rs 305 crore in 2007 during Chidambaram's tenure as the finance minister.

Thereafter, the Enforcement Directorate (ED) lodged a money laundering case in this regard in 2017.