RTE forum Ambarish Rai said more than 60 million children were out of school in India. 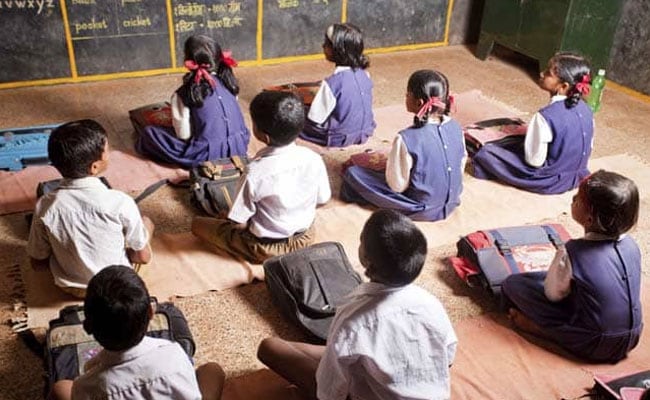 About 25 per cent of boys and girls are unable to read Standard 2 level text, he said.

Calling the current scenario of girls education in India as "precarious", national convenor of the RTE forum Ambarish Rai on Thursday said about 30 per cent of girls from the poorest families in the country have never set foot inside a classroom.

"When the whole world is going to celebrate International Women''s Day on March 8, the current scenario of girls'' education in India is very precarious. Nearly 40 per cent of adolescent girls aged 15-18 years are not attending any educational institution. About 30 per cent of girls from the poorest families have never set foot inside a classroom," the official said.

Expressing his disappointment, the Right To Education (RTE) forum convenor said many of those who are able to access schools leave without the knowledge and skills they need to enter the labour markets.

"Though the Annual Status of Education Report (ASER) data shows secondary school children''s foundational reading and math abilities as poor and that average achievement scores of Class V students have declined in all subjects between 2011 and 2014, why is the government not ready to invest required resources to the government schools as is being done in Kendriya Vidyalyas and Navoday Vidyalyas? Without this, how we can expect better results?" he said.

Mr Rai partly attributed the problem to shortage of trained teachers. "Data shows 17.5 per cent of elementary and 14.8 per cent of secondary teaching posts are vacant. Moreover, only 70 per cent of teachers at primary level are adequately trained and qualified," he lamented.

Pointing fingers at the government''s negligence towards the education system, Mr Rai said the system was critically under-resourced.

"The government is only spending 2.7 per cent of GDP on education. This represents a drop from 3.1 per cent in 2012-13. In fact, the spending remains significantly below the 2015 Incheon Declaration and Kothari Commission recommendations of allocating at least 6 per cent of GDP to education," he observed.

24 Rohingya Refugees, Including 7 Children, Arrested In Assam In 2 Days