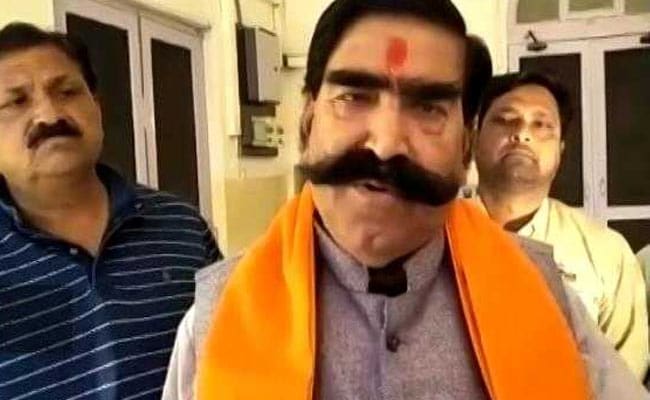 "The home minister has acknowledged that Akbar alias Rakbar Khan, who was accused of cow smuggling, died in police custody. It was repeatedly said by the MLA that he was not killed by the people and he died in police custody. When the home minister has admitted the fact of the custodial death, why innocent cow vigilantes and villagers are being made accused?" a statement issued by Mr Ahuja's office said.

"They should be released with immediate effect. It is also demanded that the second accused of cow smuggling Aslam be arrested immediately," the statement said.

Akbar and Aslam were taking two cows from Alwar to their village in Haryana on Friday-Saturday night through a forest area when a group of people spotted them and caught Rakbar. He was badly beaten while Aslam managed to escape.

The victim was taken to the community health center in Ramgarh by the police after a delay of nearly two and a half hours and he was declared brought dead at the CHC.

"It is already part of our investigation whether the two cows were legally purchased by Rakbar and Aslam," Special DGP NRK Reddy said.

The home minister had visited the area where the incident had occurred in Alwar and had announced his decision to order a judicial inquiry in the case, in which three persons have been arrested.

On charges of dereliction of duty, an assistant sub inspector of Ramgarh police station was suspended and three constables were shunted to lines.