Ravi Shankar Prasad was talking to reporters on the completion of four years of the Modi government and enumerated its various achievements. 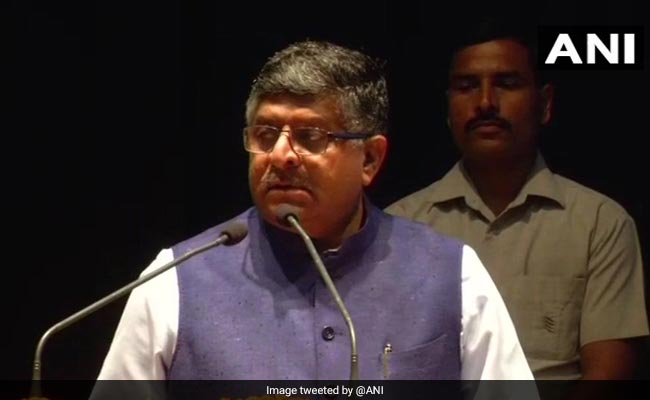 India's viewpoint has been heard across the globe under the Modi government: Ravi Shankar Prasad

"India's global prestige has increased during the past four years of the Narendra Modi government. Modi ji is a global leader. India's viewpoint has been heard across the globe," Mr Prasad said.

The union minister for law and justice, and electronics and information technology was talking to reporters on the completion of four years of the Modi government and enumerated its various achievements.

India is marching ahead confidently on the path of growth following the central government's initiatives taken in the past four years, the BJP leader said, adding that India's GDP has grown significantly with the country receiving the highest FDI proposals.

Promoted
Listen to the latest songs, only on JioSaavn.com
The central government has set up a number of IITs, IIMs and Kendriya Vidyalayas in the past four years, he said.

Stating that the central government is committed to uplift of the poor, the minister said 31 crore Jan Dhan bank accounts were opened in the last four years.