Arjun Vajpai wants to scale all 14 mountains over 8,000 metres across the world.

Arjun Vajpai took to climbing at an early age of 10.

Kathmandu: Indian mountaineer Arjun Vajpai this week became the youngest person in the world to scale six peaks over 8,000 metres when he summited the treacherous Kangchenjunga, the third highest mountain in the world.

But the real pinnacle, says the 24-year-old, would be when he achieves the "grand slam" of mountaineering - scaling all 14 mountains over 8,000 metres across the world.

On May 20, the Noida-based mountaineer scaled the 8,586-metre Kangchenjunga at 8:05 am IST, but could not come down from the Advanced Base Camp till Thursday morning due to severe weather conditions.

Mr Vajpai, who became the third youngest person to scale the Mount Everest at the age of 16 in 2010, started his journey to the Kangchenjunga peak on April 26 from the Advanced Base Camp, situated at a height of 5,400 metres.

Supported by Mountain Dew India's 'Risk Takers of India' campaign on his adventurous journey, Vajpai says the feat is the result of the combined effort of a team of sherpas and mountaineers.

There was no perfect recipe but a little of everything mixed into the mess. So in the end it was like a beautiful montage of things falling into place, Vajpai said as he prepared to return home to Noida, on the outskirts of New Delhi.

"This time we had a great team with us. The coordination between the sherpas and the climbing members was much better. We did better planning before embarking on the mission," he said.

The weather conditions were initially very tricky, Vajpai said. The weather reporters would predict something and the ground reality would turn out different. 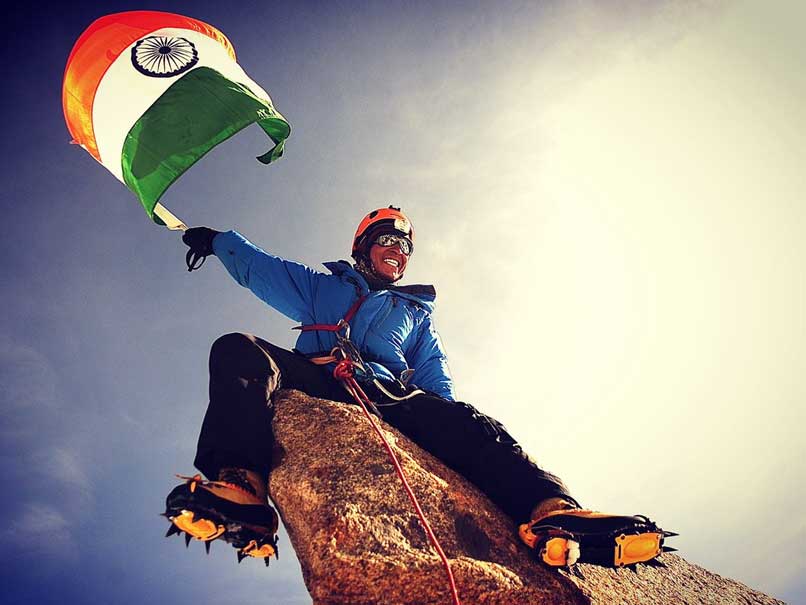 His friend Alex, who filmed the whole experience till the summit, was a great morale booster, he said.

"The credit also goes to a strong fixing team that included three-four sherpas who played a vital role in helping us solve this challenge," Vajpai said.

This year's expedition was Mr Vajpai's second attempt at scaling the peak. Last year, he had to return from Camp 2, at a height of 6400 metres.

Sharing the pride, Naseeb Puri, director, Mountain Dew, PepsiCo India, said, "At Mountain Dew, we are firm believers that we have the ability to break out of the ordinary. We strive to inspire the youth to conquer the real mountain the one that resides with each of us."

He said they were inspired by Mr Vajpai from the first time they met him.

"We aim to take his story, and many others, to the masses in an attempt to inspire youth to achieve the extraordinary. We are privileged to be a part of this incredible journey."

With his eyes set on the loftier aim of scaling all 14 mountains over 8,000 metres, up next is the Shishapangma mountain in Tibet that stands at 8,027 metres above sea level.

Promoted
Listen to the latest songs, only on JioSaavn.com
Chhang Dawa Sherpa of Nepal so far holds the record of being the youngest climber of all 14 peaks at the age of 30.

As he makes his way to the ascent of his ambitions, one peak at a time, Mr Vajpai is hoping to beat that record.