Prince William felicitated innovators at a star-studded ceremony in Boston on Friday, towards the end of his US trip. 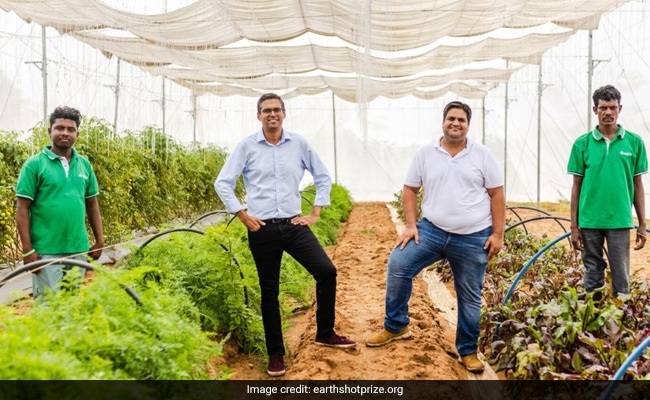 Kheyti bagged the prize in the Protect and Restore Nature category.

An Indian firm is among the five startups that have been announced as winners of Prince William's Earthshot Prize, which aims to reward projects that aim to save the planet. The winners will receive 1 million pounds each.

Kheyti, an Indian startup that designed the "greenhouse-in-a-box" for small hold farmers, won in the Protect and Restore Nature category. The solution is powerful: their innovation saves on water and pesticides, with much higher yields at a fraction of the price. They aim to equip 50,000 farmers with a greenhouse-in-a-box by 2027.

Prince William felicitated innovators at a star-studded ceremony in Boston on Friday, towards the end of his US trip.

The ceremony was held at Boston's MGM Music Hall, and has been touted as the British royal heir's "Superbowl moment" where the five winners of the prize received 1 million pounds each. The star-studded ceremony included Rami Malek, David Attenborough, David Beckham, Cate Blanchett, and featured a performance by the musical duo Chloe x Halle. The prize aims to seek out and support solutions under 5 categories: Protect and Restore Nature, Clean Our Air, Revive Our Oceans, Build a Waste Free World, and Fix Our Climate.

Other winners included a female-founded startup from Kenya that designed cleaner burning stoves as well as a British project that uses marine plants to create biodegradable packaging.

Last year's Earthshot Prize ceremony was held in London, with India-based project Takachar winning the prize for the Clean Our Air category.

Launched last year, the Earthshot Prize was inspired by US President John F. Kennedy's Moonshot Project, which aimed to put a man on the moon.

"Nothing More Shameful": Bhagwant Mann On No Punjab Tableau At Republic Day Parade